The Estonian government is not banning crypto, but drafts legislation to tighten regulation 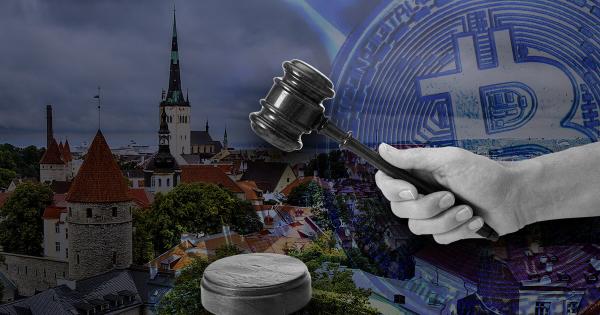 Estonian Ministry of Finance released an official clarification of the recently submitted draft legislation that stirred up rumors about a possible ban on cryptocurrencies.

According to the rebuttal, the bill, which still needs to undergo three parliament readings, was drafted and submitted in a bid to tighten the existing crypto service providers licensing, and will not affect individuals who own and trade cryptocurrencies.

“The regulation is not applied to customers, but to virtual asset service providers (VASPs) who conduct activities for or on behalf of natural or legal person as a permanent business. This means that the legislation does not contain any measures to ban customers from owning and trading virtual assets and does not in any way require customers to share their private keys to wallets,” read the official rebuttal.

According to the Ministry of Finance, the proposed regulation that still needs to pass the parliamentary hearings, will not affect individuals who own crypto through a private wallet not provided by a VASP.

“As someone who actively invests, holds, stakes, pools tokens in DeFi as a resident of Estonia, both privately and through my Estonian companies (for own use, not serving others), I see no change or impact to my ability to do so,” pointed out Sten Tamkivi, who joined Skype as an early executive and helped to see the company grow into Estonia’s first unicorn.

Finance Ministry @rahandus just released a rebuttal to some ugly speculative rumors that started going around over New Years: https://t.co/WA4t6x2a2k

“Estonia is a country with a mere million people (so we actually can talk to our politicians!) that has produced seven Web2 unicorns and has 1B+ EUR annual early tech investment run rate in 1200+ startups. We will sort out Web3 too, don’t worry. Including sensible regulation,” added Tamkivi, who after over eight years at Skype founded his own startup, Teleport, acquired by the leading global talent mobility platform Topia in 2017–where he currently acts as the Chief Product Officer.

Tamkivi made an effort to break down the new draft in a long Twitter thread while commenting on the most significant amendments to the current regulation.

According to the drafted legislation, only companies operating in Estonia or connected to Estonia can apply for a VASP license, while current rules allow the resale of licensed companies to third parties.

“Supervising such entities is unfeasible and the risk of abuse endangers Estonian VASPs who operate transparently and in good faith. Under new rules, the Financial Intelligence Unit can decline a license where the entity does not have any business operations in Estonia nor has any apparent connection to Estonia,” according to the Ministry of Finance.

Another significant amendment that will affect smaller VASPs are the raised capital requirements.

Increased from the current floor of 12 000 euros, VASPs will be required to have a minimum of 125 000 or 350 000 euros of share capital–depending on the type of service offered.

“This measure will further reduce the risk of registering or keeping dormant VASPs for resale,” explained the Ministry of Finance, although, as Tamkivi pointed out, such measures “could stifle some very early startup activity.”