The Bitcoin hashrate soars to a new all-time high, what happens next? Samuel Wan · 4 months ago · 3 min read
Bitcoin › Mining

If price follows hashrate should we expect an incoming spike in the Bitcoin price? 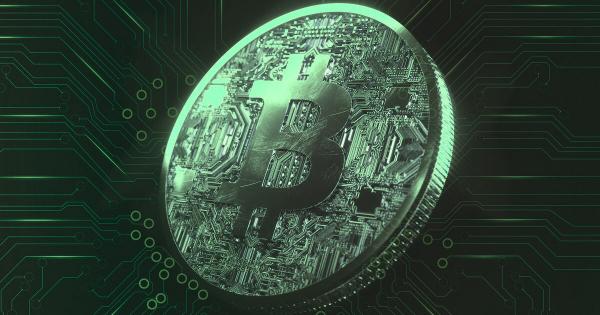 Photo by SnapLaunch on Pixabay

The Bitcoin hashrate hits a 7-day average of 201.3 terahashes per second (TH/s), making a new all-time high. This represents a 20% increase since the start of the year when the 7-day average came in at 168.2 TH/s.

The Bitcoin price has been trending downwards since early November 2021. But a recent downtrend break has investors optimistic that a corner has been turned, more so now when taking account of the rising hashrate.

Nonetheless, the macro matters, and as global economies tetter on what some say will be the next great depression, is it too much to expect a significantly higher Bitcoin price from here on?

Bitcoin hashrate is a measure of the network’s total computing power with which to mine and process transactions.

Before new transaction data can be added to the next block in the chain, miners must compete to guess a number. More accurately, miners attempt to produce a hash (or string of alphanumeric code) that is equal to the “target” hash by changing a single value called a “nonce.”

This process leads to competing miners firing millions of millions of guesses a second to hit the target hash and win the right to fill the next block. The winner scoops up the block rewards (currently 6.25 $BTC per block) and the associated fees of the transactions written in that block.

The hashrate is thought of as a metric to determine the network’s health and level of security. The more machines are tasked with discovering the next hash target, the higher the hashrate, and the harder it is for bad actors to attack the network.

A high hashrate signifies that miners hold positive sentiment over the network. Does that mean we should expect a price increase on the way?

The relationship between hashrate and price is hotly contested. Both Willy Woo and Max Keiser are of the opinion that price follows hashrate. Meaning, a rising hashrate will lead to the Bitcoin price rising.

However, critics cite a variety of reasons why this isn’t an accurate way to evaluate the relationship. For example, some say the primary determinant of Bitcoin price is the interplay between the forces of supply and demand. Which is not something that directly affects miners joining or leaving the network. Advocates of this view say its hashrate that follows price, not the other way.

In any case, since sinking from all-time highs, fears over what happens next are of significant concern. Especially so against a backdrop of economic woes in which Bitcoin appears closely correlated with stocks.

Speaking to Stansberry Research last month, Keiser addressed this by saying Bitcoin is already uncorrelated. As for what happens next, he sees the Bitcoin price going to infinity, as it “51% attacks” global energy and usurps fiat, alts, and gold in the process.

“Bitcoin is already decoupled. It’s on its own vector, it’s not correlated to anything…

Bitcoin is a 51% attack on global energy, so 51% of all global energy will be dedicated to Bitcoin and this will starve to death all fiat money, sh*tcoins, and gold.”

As contagious as Keiser’s enthusiasm for Bitcoin is, this is a bold call to make. Especially at a time when $BTC isn’t showing overwhelming strength.

No doubt, more will be revealed in 2022 as central banks play out their end game.