T-Mobile operates the third largest wireless network in the United States and is one of the world’s largest telecommunication companies.

T-Mobile operates the third largest wireless network in the U.S. and is one of the world’s largest telecommunication companies. Last November, T-Mobile revealed that it had been collaborating with Intel on a blockchain database for internal use at T-Mobile.

At an enterprise level, functional applications of the blockchain are spare. Aside from use as a value transfer mechanisms, as demonstrated by Bitcoin, and to a limited extent Ethereum’s smart-contract functionality, few blockchains have demonstrated effective commercial use.

T-Mobile’s latest project shows promise as one of the first large-scale applications of blockchain technology within a large company.

As of today, T-Mobile has rebranded the Hyper Directory project to Next Identity Platform powered by Hyperledger Sawtooth. 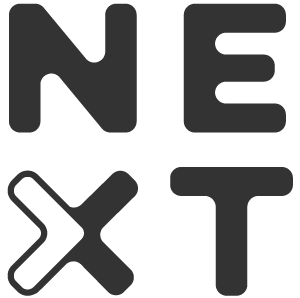 Drivers Behind the Project

On February 26th, two of the primary contributors behind the new software delivered a talk at the University of Washington: Chris Spanton, Senior Architect in T-Mobile’s Cloud Center of Excellence; and Kelly Olson, Director of Distributed Ledger Technology at Intel.

During the talk, Spanton mentioned how the majority of blockchain based startups fail, “many of these projects attempt to force blockchain on problems that have better solutions through other means.”

For Next Identity Spanton asserts that:

“T-Mobile wasn’t searching for a problem we could solve with blockchain. We had a problem, and blockchain happened to be the best solution.”

In a company with millions of users with differing levels of service, permission management is a considerable bottleneck. Regulations around user security and privacy add a further layer of complexity to such a system.

Next Identity combines the functionality of a traditional database with the benefits of a centralized ledger. The system handles user identities, accesses, and approvals while retaining the integrity of an immutable blockchain. Spanton during his presentation:

“This revolutionizes how we think about audit. You can prove cryptographically that every change that’s been made follows the rules.”

Details of Next Identity

Next Identity Platform is a layer of Hyperledger Sawtooth. Hyperledger is an open-source enterprise blockchain platform for distributed ledger applications and networks run by the Linux Foundation. As an umbrella project, Hyperledger is comprised of several different codebases; Sawtooth is Intel’s contribution to the Hyperledger codebase.

Under the hood, Next Identity Platform is an application program interface (API) that allows for data management on a Hyperledger blockchain through the use of Hypertext Transfer Protocol (HTTP). Users interact with the blockchain through a web-based user interface.

Although the project is a centralized blockchain for commercial use within T-Mobile, the company has reached out to the community for help. On GitHub a number of critical elements within Hyperledger are open-source.

Following Spanton’s discussion of Next Identity, Kelly Olson talked about Intel’s involvement in the project.

Intel is T-Mobile’s primary partner for Next Identity. As a major contributor to Hyperledger, and as the initial contributors of the Sawtooth codebase, Intel is an apt partner in the project.

According to Kelly Olson, Intel is looking to get involved in the space “to bring hardware capabilities to the software platforms that are being developed”.

Next Identity Platform is set to be released by the end of 2018, said Spanton.