The cryptocurrency community has numerous ideals that helped grow the market to over $3 trillion at its peak. 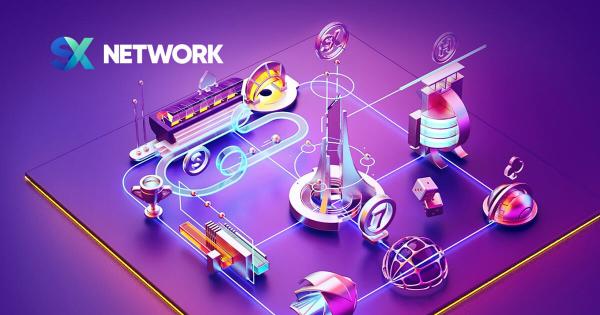 The cryptocurrency community has numerous ideals that helped grow the market to over $3 trillion at its peak. These ideals include security, decentralization, and free markets and are now being upheld by SportX via the SX Network.

To understand what the SX Network is we first need to look at SportX itself, which is a consumer-facing front-end prediction market application. It uses the SX Protocol, a set of smart contracts, to power and govern the non-custodial market.

SportX is decentralized and members of its community vote and submit governance proposals. To do so, they must hold the SX Token, as it importantly defines who can vote on decisions that may impact the SX Treasury, which is an on-chain fee pool that receives 55% of all SX along with the fees generated by the SX Protocol.

Taking all of this into account, we get a bigger picture of the SX Network, which includes the SX Chain, the base layer for the network. The blockchain is an Ethereum Virtual Machine (EVM) compatible one in which users keep the same wallet address they did on Ethereum, along with the same token names, block explorers and wallets.

SX Network is the first layer-two blockchain for Polygon built specifically to scale betting, decentralized finance (DeFi), and non-fungible token (NFT) applications. The network is being built in collaboration with Polygon, which means it’s tied to both Ethereum and Polygon for more security.

The SX Network, it’s worth adding, supplements both Ethereum and Polygon and isn’t meant to replace them. It has a legitimate team behind it with years of experience and includes community governance through the SX Treasury.

The network has an on-chain ecosystem fund, where leading decentralized applications can be launched on the platform and receive funding through the SX Treasury. Funding decisions are up to SX token holders. The network, it’s worth noting, uses a Proof-of-Stake (PoS) consensus algorithm.

The SX Network has several significant unique selling points, including being the first blockchain in the world where the token confers token holders ownership over the applications launched within it.

SX Token holders essentially gain exposure to the decentralized applications within the network, which themselves are aligned to benefit the SX Network. As the network was launching using the Polygon SDK, it will incur ultra-low transaction costs without sacrificing security.

It’s the first public network to combine smart contracts with an on-chain community treasury and a native prediction market protocol. Its free market-based governance system implies every token holders will have an interest in contributing, which in theory should lead to better and faster decision-making.

For developers, expanding to the SX Chain is only natural if they already deployed their decentralized applications on Polygon, as the network is the first layer-two solution built on top of Polygon. The ultra-low gas costs should be enough of an incentive to justify users switching over.

On top of that, there’s the possibility of accessing funds from the SX Treasury, which are released based on governance votes. Over 20 businesses have already taken advantage of this offering.

The SX Token (SX), as mentioned above, is built for governance of the SX Network but it has a total of three main use cases, meaning two apart from governance of the protocol. One of them is staking, as in order to vote in governance proposals participants need to stake their tokens, which also secures the network.

On top of that, the token offers a fee discount on any exchange within the ecosystem. The token has a maximum supply of one billion coins, but only 100 million are currently in circulation. It’s trading on Uniswap, Apeswap, Quickswap, SushiSwap, Dfyn, and other exchanges.

The SX Token also just got listed on the popular centralized exchange Bitfinex.

You can learn more about the project through its website.