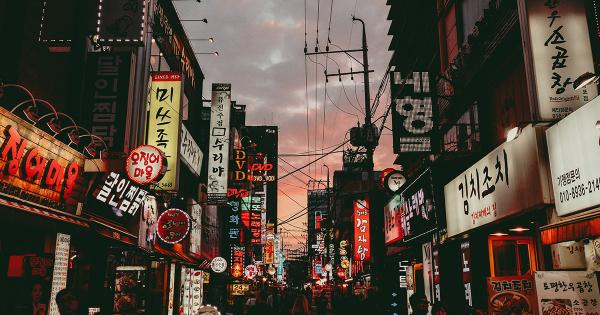 Photo by Saveliy Bobov on Unsplash

If you happened to drop by the crypto space on social media in recent weeks, NFTs, short for non-fungible tokens, look to be the latest Ethereum-based assets that are steadily gaining at both popularity and price.

And while NFTs, especially in their current iteration of being tokenized or an in-game asset, are currently attracting both staunch supporter and critics in equal measure; its regulatory feature remains an untouched, uncharted zone as of yet.

However, a recent report out of South Korea might shed some light on that particular aspect — the country’s regulators have remained largely wary of the NFT space and even passed judgment to disallowed a local blockchain game from distributing its NFTs to users.

As per inews24, the Korean “Game Management Committee” is reportedly delaying the rating and licensing of all blockchain games developed in the country. This is despite Korea considering blockchain technology as a potential creator of employment in the country and even launching a $400 million fund dedicated to similar tech, such as AI.

Last month on August 18, developers of the blockchain game “Five Stars” were notified by the Committee that the game’s rating was delayed for a few days until August 21. They had applied in July and had got the tentative date of August 17 for a game review, which didn’t take place.

But when August 21 arrived, the developers were notified that the review had been suspended wholly.

Normally, such ratings take a total of 15 days from start-to-end. But with blockchain involved, they have been indefinitely delayed, the report said.

SkyPeople, the game’s developers, said, “There is no problem with general in-game content that does not use the blockchain for the reason for this rating postponement by the Game Committee.”

“In fact, it is highly probable that it will be delayed indefinitely until the enforcement of the Special Money Act.”

SkyPeople explained in the regard, “Even though the Game Committee submitted supplementary data several times to understand the blockchain and NFT, it was frustrating because the deliberation conclusion could not be reached.”

Other blockchain game companies have seen similar plights. The report stated that so far, there were “virtually no cases in Korea where blockchain games have been rated above the game.” These include several blockchain games that had applied for a review, with only a small handful making the cut.

Crypto Kitties raking it in Korea

Ironically, Crypto Kitties, the blockchain-based cat trading game developed by Dapper Labs,  has been both rated and officially released in the country, despite its development team located in the US. Ubisoft, another famous game developer, has also seen strides in the country, suggesting the Korean government is not a flat-out critic of games deploying NFTs.

Meanwhile, a SkyPeople official stated they see a big upside for how NFTs will be deployed on popular games. “In the future, the convergence of games and blockchain is expected to become an inevitable big trend in the game industry,” they stated.

But until then, there are blockchain kittens for Korea.

Ever since Ethereum gained prominence in 2015, developers in the cryptocurrency space have considered gaming applications as a perfect fit for digital assets.