Solana falls below $40 as network suffers another outage

Solana has suffered seven outages in the last 12 months, piling further pressure on the network. 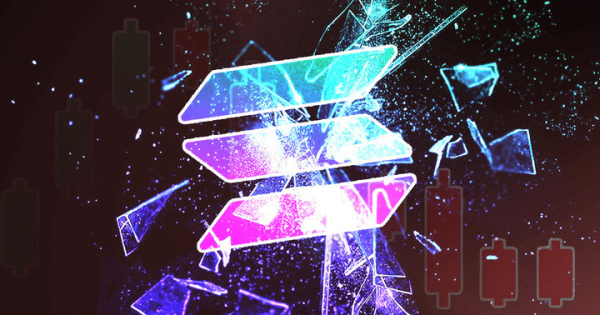 Solana‘s value fell 12% on June 1 after the network went offline for more than four hours.

The outage is the second time such an event has occurred in the last 30 days.

The outage was caused by a bug that stopped block production. Solana Status on Twitter revealed the blackout and instructed validators to restart the network using instructions from the account.

Durable nonce instruction caused part of the network to consider the block is invalid, no consensus could be formed.

tldr:
Durable nonce instruction caused part of the network to consider the block is invalid, no consensus could be formed. Network is restating with durable nonce feature disabled. Fix for durable nonces will be out asap. https://t.co/5gZnpCp36N

The network’s official documentation states that durable nonce is the mechanism that addresses the short lifetime of a transaction blockhash. A bug in this feature led to nodes generating different outputs.

Over the past 12 months, the network has suffered seven other outages, enough to generate FUD around its native token. The latest outage piles more pressure on the Solana dev team.

In May, it suffered degraded performance and service disruptions eight times. It also went down after non-fungible tokens mining bots overwhelmed its network in April.

Meanwhile, the latest outage led to a price slump for Solana. The asset’s price has now fallen below $40. According to CryptoSlate data, SOL has lost almost 85% of value since hitting an ATH in November 2021.

Doubts begin to build around Solana

Solana is one of the few networks that rode on the crypto community’s need for a scalable and cheaper alternative to Ethereum and found wide acclaim and adoption.

While the blockchain has enjoyed significant adoption, as can be seen in its burgeoning NFT space, its recurrent outages leave doubt in the mind of investors.

A crypto community member described it as the Windows vista of the blockchain, while another urged the team to get its acts together.

The Windows Vista of blockchain world

On May 26, the network revealed that its blockchain clock was slower, running about 30 minutes behind real-world time. This means that its promise of faster transactions might not be entirely accurate.

All these issues have left many skeptical about its potential. But there are still those who think all of these issues are just a bump in the road.

Every blockchain goes through cycles of adoption… I believe that Solana is going through a cycle which other networks have seen before, Bitcoin in 2013 and Ethereum in 2017.

Every blockchain goes through cycles of adoption, each network grows and it gains users which measured by wallets.

I believe that Solana is going through a cycle which other networks have seen before, Bitcoin in 2013 and Ethereum in 2017.