Masayoshi Son’s not having the greatest of years in recent times. 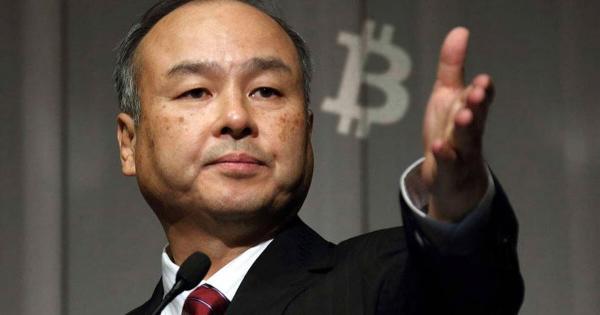 Masayoshi Son’s not having the greatest of years in recent times. His storied $50 billion venture fund saw massive losses in 2019, with budding startups WeWork and Uber seeing devaluations of billions of dollars on their mark up prices.

But Son’s personal investments didn’t do so well either. As per a new report by Business Insider, the Japanese tycoon booked a staggering $130 million loss on his Bitcoin investment back in 2018 after reportedly buying $200 million worth of the pioneer cryptocurrency.

His reason? Getting distracted often by the asset’s volatility.

Bitcoin’s volatility is not for weak stomachs. It remains in price discovery mode, twelve years after launch, and is known to fluctuate by several percentage points a day. And while this is advantageous to small investors seeking volatility to build their portfolio—it could mean seeing a portfolio change of tens of millions of dollars each day for old-school investors like Son, leading to risk issues.

Son, who was speaking at the New York Times NewDealBook conference, also added that he didn’t fully “understand” Bitcoin, despite punting millions of dollars. He noted that he parked 1% of his net assets at the time on a friend’s suggestion, and spent five minutes a day looking at prices.

@masason on Bitcoin: “This is something I don’t understand. … I’m looking at it at least 5 minutes a day. This is distracting my focus on my own business” #dealbook

The tycoon then said he found the investment to be “distracting [his] own focus on [his] own business,” before quickly growing tired of checking the prices of Bitcoin every day. Son estimates that he lost around $50 million.

However, a Wall Street Journal report suggests Son’s losses were closer to $130 million—about the entire market cap of some low-ranked altcoins.

Meanwhile, while Son is glad to be done with Bitcoin, he said at the conference that digital currencies “aren’t going away anytime soon.” He noted:

Bitcoin has seen a resurgence of sorts this year and is on its way to printing a new all-time high. The asset traded as low as $3,700 in March this year but crossed the $18,200 figure this week amidst greater adoption and stronger demand for its “digital gold” narrative.

It’s even ended up attracting investors like hedge fund manager Paul Tudor Jones and Micheal Saylor, CEO of enterprise software firm MicroStrategy, for its global hedge-like properties. The latter’s firm purchased over $475 million in Bitcoin in October (the profits are purportedly over $175 million since).