The upcoming fifth Anti-Money Laundering Directive (AMLD5) within the European Union (EU) has already spelled the end for smaller crypto firms on the continent. 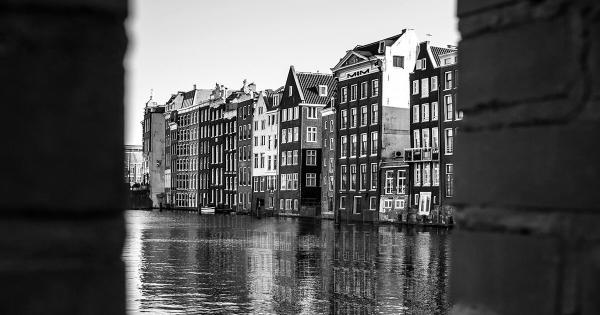 The upcoming fifth Anti-Money Laundering Directive (AMLD5) within the European Union (EU) has already spelled the end for smaller crypto firms on the continent. In the latest, however, a secret memo between the Dutch Central Bank and the Minister of Finance indicates that crypto companies in Holland may face additional rules that go beyond what is outlined in the AMLD5.

Pay to play, and then some

It’s no secret that the incoming Anti-Money Laundering (AML) updates in the EU have taken their toll on smaller crypto firms.

Bottle Pay, a British payments platform, was one of the first companies to shutter its operations. On December 13, 2019, they announced that “the amount and type of extra personal information we would be required to collect from our users would alter the current user experience so radically, and so negatively, that we are not willing to force this onto our community.”

Simplecoin, a mining outfit based in the Netherlands, notified its users of its shutdown on January 2, 2020. They cited their discouragement that following the fifth AML Directive would mean that all of their users would be forced to reveal themselves.

The notification added, “we believe in the power of cryptocurrency and its potential. Mining should be available to anyone and we refuse to jeopardize our users’ privacy.”

While both businesses folded for alleged ideological reasons, some found the financial burden of abiding by these policies too cumbersome. In an interview with CryptoSlate, the co-founder of Coingarden, Wouter Vonk, said:

“All controls and KYC administration that needs to be in place will come with serious costs. [Thus] we decided we were too small to go on that route.”

The soon-to-be homeless Coingarden users have since been urged to join Bitmymoney, another Netherlands-based crypto exchange platform. To entice incoming Coingarden users, the director, Robert-Reinder Nederhoed has offered them a €10 (~$11) bonus.

Vonk also added that because Bitmymoney has nearly 400 times the user base than Coingarden, complying with the incoming regulations wouldn’t be a burden. Though his reasons are less philosophical than other companies, Vonk did admit that he agrees that these regulations are “stricter than they should be.

Taking a closer look at the reasons for this swath of shutdowns reveals a common narrative within the crypto ecosystem. For those from the cypherpunk camp, the incoming regulations appear as a direct attack on user identity. For the more business-minded, the criticism is tied up in financial bottom lines more than anything.

A recently discovered “secret” memo between the Dutch Central Bank and the Finance Minister, however, is likely to anger both types of enthusiasts.

Sjors Provoost, a prominent Dutch crypto commentator, recently highlighted what appears to be a “secret” memo exchanged between Holland’s Central Bank and the country’s Finance Minister.

A week after parliament passed the law, Dutch Central Bank (accidentally?) publishes secret advice to minister of finance about #amdl5, dated March 7th. They recommended banning foreign competitors, unless they have similar license. (via @finhstamsterdam)https://t.co/l9sju66AUd pic.twitter.com/NYr3PEa62L

The note suggests that the Central Bank was hoping to include extra measures for crypto companies along with the base conditions of AMLD5. Understanding the minimum requirements of the AMLD5 makes clear the prohibitive nature of these extra measures.

When transposing the incoming AML policies, the Dutch government attempted to incorporate a clause regarding a licensing regime for crypto companies which was previously struck from the original Directive. Pieter Poorthuis, the other co-founder of Coingarden, told CryptoSlate in a LinkedIn message that:

“The sentiment is: why does the Dutch government want to impose a license-like regime, whereas the AMLD5 only requires a registration regime.”

Simon Lelieveldt, a Dutch payment, blockchain, and banking expert, wrote extensively on this exchange on Medium back in November 2019. At that time he wrote:

“As a new set of rules, the Ministry included further inspections and checks of a business plan, organization, risk management, etc originating from the Act on Supervision of the Financial Sector. The actual legal construct includes a detailed evaluation of the company, revocation of registration when a company is no longer compliant with the rules and a prohibition to operate on the market without a registration.”

This boils down to Dutch authorities adding a back door supervisory regime while publicly claiming that they are merely applying AMLD5. The now-deleted memo between the Central Bank and Finance Minister further indicate less-than-transparent behavior. More importantly, this opaque supervisory regime will be far more costly than the initial AMLD5 regulations.

In an interview with CryptoSlate, Lelieveldt explained that “this additional bank-type layer is going to cost a minimum of $100,000 for crypto companies.” Broken down, this comes out to anywhere from $25,000 to $50,000 for the supervisory fees, on top of the $80,000 already needed to comply with the AML Directive.

Concluding, he said that “small players, regardless of their philosophy, will have a really difficult time complying in Holland.”