Together, the companies have raised over $133 million in Series C venture capital, according to Forbes. 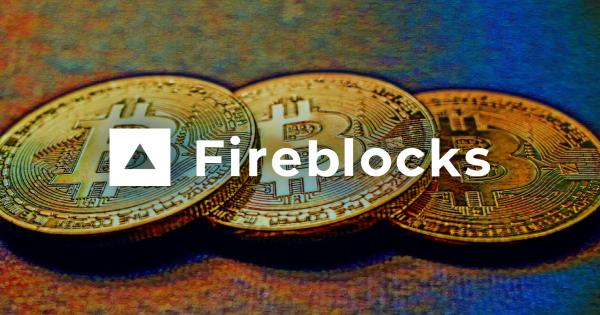 The Bank of New York Mellon, known as BNY Mellon, is one of several investment firms investing in Fireblocks, a startup platform for digital asset custody. Fireblocks will raise  $133 million in its Series C venture capital investment, according to Forbes.

With this new round of funding, it brings the total funds raised by Fireblocks to $179 million (Fireblocks closed $30 million in November, adding Coinbase and Paradigm Ventures’ co-founder, Fred Ehrsam to the board).

BNY Mellon plans to use Fireblocks’ technology for its custodian services, in an attempt to embrace and offer custodial services to its clients.

BNY is the latest company to join the round for Fireblocks. Several investment firms have joined to raise capital, between them:

The recent round of cash injection has valued Fireblocks over $900 million, according to a spokesperson. Fireblocks’ CEO, Michael Shaulov, stated that his team will spend part of the capital in providing a broader and more secure infrastructure for its fast-growing client base.

The platform has surpassed over $30 billion in digital assets. Their client list includes Mike Novogratz’s Galaxy Digital. Moreover, the company is bringing 70 new clients, expecting a total of 90 by the end of the first quarter.

Currently, Fireblocks is expanding its office to Asian-Pacific counties, and opening two new offices in Hong Kong and in Singapore.

At first, rumors surrounded the bank on whether what platform will it use to provide Bitcoin custody services. The crypto community speculated that the platform was Fireblocks.

Although the announcement is official, BNY Mellon didn’t disclose the total amount invested.

Traditional banks have been long enemies of fintech startups and standing against the DeFi boom that started with Bitcoin, followed by Ethereum’s network providing a whole ecosystem for the issuance of ERC-20 tokens. It’s worth remembering Demetrios Zamboglou, COO at CFI Financial Group, stating why banks are so worried about blockchain and crypto:

“The prime reason why banks are worried about blockchain technology is the fact that innovative fintech products threaten the monopoly banks currently operate on a global level.”

But as cryptocurrencies take a bigger stage in the mainstream, now investment banks, including Morgan Stanley, have stated they will start offering crypto funds and custodial services to investors.