After years of waiting, Bitcoin’s Taproot upgrade is now live and its implementation could bring DeFi to the blockchain at last. 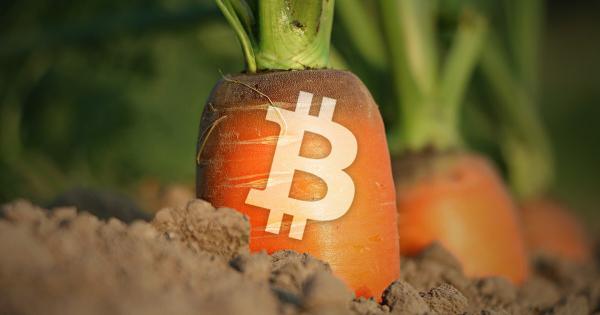 After years of waiting for an upgrade on the network of the leading digital asset, Taproot, an upgrade that would be focused on making Bitcoin more private whilst also improving its security has finally seen the light of the day.

The upgrade was activated when F2Pool mined block 709,632 on BTC’s blockchain network

Why the Taproot upgrade matters

In the simplest form, the Taproot upgrade is a drive towards making Bitcoin more private and scalable.

It is an upgrade that would see to the integration of Schnorr cryptographic signatures which is the opposite of the ECSDA mechanism that is currently implemented on the network. According to Hackernoon, Schnorr signatures solve the problem of security, efficiency and privacy better than the current signature of the blockchain.

Taproot creates the summarization of signatures into one, making multi-signature transactions become more effective and efficient. The upgrade, invariably, also helps to improve the privacy of participants in a Bitcoin transaction and the transaction itself as Schnorr signatures have the added benefit of being “linear.”

One other advantage of the Taproot upgrade is the fact that it would be able to reduce the transaction space on the network by as over 20% especially when the transactions are multi-signed. This would lead to a reduction in the gas fees of the network and at the same time, it could also lead to the developments of smart contract on the Bitcoin network.

You’ll recall that Jack Dorsey and his team at Square have been working towards how they could bring decentralized finance to Bitcoin, with this upgrade, their goal could become easily achievable.

It is important to note that the new upgrade has only been activated and not implemented. Its implementation could take as long as a year or two as miners still have to upgrade their nodes to a compatible mechanism with the upgrade plus the fact that BTC wallet developers have to create new wallets that would make the transactions possible for users of the network.

Bitcoin Core 22.0 just released. Here’s all you should know