Twitter is awash with reports Mashinsky was stopped from leaving the U.S. However, at this stage, there are no confirmed reports of this happening. 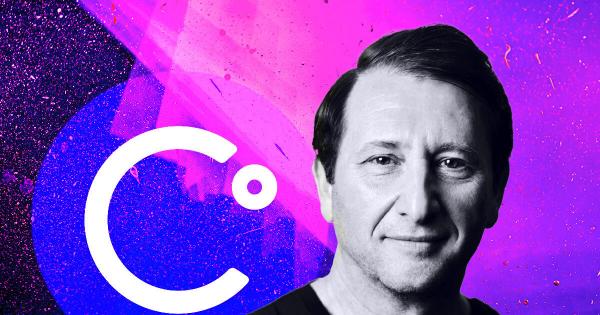 Celsius is battling a liquidity crisis

On June 13, Celsius announced it had implemented a pause on withdrawals citing “extreme market conditions.” Prior to this, some users had reported difficulties in withdrawing funds sparking rumors the company is insolvent.

It later emerged that Celsius had engaged in risky investment practices, leading to trading losses and a shortfall in liquidity.

A consortium led by Goldman Sachs is reportedly interested in buying Celsius’s assets in a $2 billion deal, should the firm file for bankruptcy.

Celsius users continue to slam the company over its handling of the crisis, saying the lack of transparency and infrequent updates present serious concerns.

The last communication from Celsius was a brief notice over a week ago, in which the company confirmed an open dialogue with regulators and authorities. There was no mention of when withdrawals would re-open.

No confirmation from verified sources

On Monday, the co-founder of analytics firm Digital Assets Data, Mike Alfred, tweeted that Mashinsky had tried to board a plane at Morristown Airport, New Jersey, which specializes in private and corporate chartered flights, before being stopped by authorities.

BREAKING: Alex Mashinsky attempted to leave the country this week via Morristown Airport but was stopped by authorities. Unclear at this moment whether he was arrested or simply barred from leaving. Please contact me if you have more information on this.

Alfred and Mashinsky had previously had public spats over the legitimacy of Celsius and its business model and practices.

CryptoSlate reached out to Alfred for comment but did not receive a reply back.

In response to the rumors, @Zach_HODL_ON, who described himself as a “100% pure Celsian HODLer,” tweeted that all Celsius employees continue to work hard “to stabilize liquidity and operation.” While also dismissing reports Mashinsky had tried to leave the U.S.

UPDATE – “Consistent with our previous messages, all Celsius employees – including our CEO – are focused and hard at work in an effort to stabilize liquidity and operations. To that end, any reports that the Celsius CEO has attempted to leave the U.S. are false.”

Commenting on this, a Twitter user asked why this information didn’t come from Mashinsky or the official company Twitter.

Mashinsky hasn’t tweeted since June 15, when he asked for patience during this difficult time. Likewise, Celsius’s last post was on June 20, in which they gave an update on cooperating with authorities, as mentioned above.

Responding to @Zach_HODL_ON, Alfred questioned how he obtained this information and asked when Celsius customers could access their funds.

If this is true, why is the executive team in hiding?

Are you a paid full time employee of the company or are they just paying you under the table to post this crap?

How about an update on when customers will start receiving their funds back?

That's what I thought. More BS.

Alfred later claimed a source informed him Maskinsky had attempted to fly to Israel.

Mashinsky was born in Ukraine but moved to Israel as a child. He later moved to the U.S. in 1989.