The Rise of IOTA – How It Got Here and Where It’s Going Nica San Juan · 5 years ago · 4 min read
This article is more than 2 years old...
News › IOTA › Uncategorized

The IOTA cryptocurrency was created to address the downfalls of the traditional blockchain model. 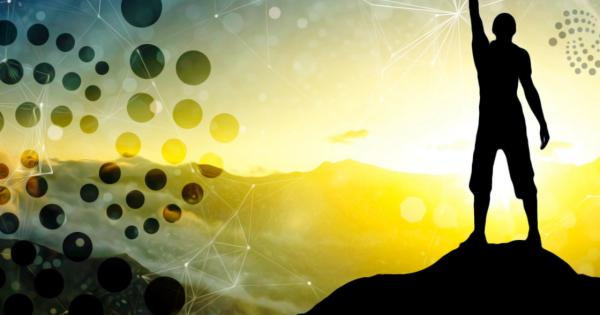 The IOTA cryptocurrency was created to address the downfalls of the traditional blockchain model. It works using the Internet of Things, a network comprised mostly of household appliances, vehicles, and other items that can be operated using electronic sensors.

The technology behind the Internet of Things makes it possible to integrate these devices into a computer-based framework.

This makes it easy to access and control them remotely. It also eliminates the need for human monitoring over the items’ performance, which provides improved accuracy and lower operational costs.

This basic framework enables the development of digital power plants, smart homes, and grids providing residences, businesses, and cities with intelligent infrastructural systems. According to analysts’ predictions, these networks will incorporate at least 30 billion items by the year 2020.

The IOTA framework differs remarkably from the original blockchain framework in a number of ways. Here is an overview of the major differences:

Instead of a blockchain, the IOTA network uses a new architecture referred to as a Directed Acyclic Graph. This is known as the Tangle and it sets the model apart from all others.

Like most other cryptocurrency models, it has a distributed ledger, but this operates without blocks. There is no chain on the network and therefore no need for miners.

Every single transaction forms a block on the network. Instead of being bundled in the blockchain model, each transaction is verified independently.

Even though this uses a Proof of Work protocol, the level is so low that devices automatically execute the transaction.

All of the tokens powering the network were created with its genesis transaction. This is why there is no mining on the network. It also provides lots of room for growth, as all the tokens that will ever be used on the network are already in the market. There is no risk of the increased supply that causes inflation, and the only way to go is up.

The fact that the model does not require miners means that there are no fees for processing or verifying transactions on the network.

Every platform built on the blockchain has a maximum capacity. As most of them expand they have to incorporate innovations to allow for scalability. But this will never be an issue for IOTA because every new transaction provides verification for two more transactions. This means that as more people adopt the model and transact on it, the scalability expands.

The IOTA token, MIOTA, recently experienced a remarkable surge of over 100% within a one-week period. The coin is currently holding the fifth position on the cryptocurrency charts with a market capitalization of $8.1 billion. It is trading upwards of $1 billion on a daily basis, meaning that the bullish trend is likely to hold constant for some time to come.

The model’s bright future is evident in the fact that it has recently made significant partnerships with some mainstream institutions. One of the most prominent of these is Microsoft; other major players in the economic field also resonate with the viability of its concept.

These partnerships are aimed at creating the first of its kind IoT-based data marketplace. This is a revolutionary move that will see the marketplace run entirely on a distributed ledger framework. This tamper-proof system will make it easier for organizations to share sensitive data and monetize it securely. The framework ensures immutability and provides a permanent record for all uploaded data.

What the Future Holds

The cryptocurrency revolution took the world by storm. But sufficient time has passed to expose the flaws in the traditional blockchain model that runs these networks. IOTA has taken a bold leap to be one of the first models to offer a unique solution to these loopholes. When the old models are unable to adapt to change, there is inevitably a new player on the scene rising in the ranks to replace them.

The recent growth spurts in IOTA and the model’s innovative design are a good sign for the network. Its partnership with major organizations in different fields is a guarantee of consistent growth. And the fact that it rises above the traditional model gives it a major advantage over its competitors. IOTA is still a work in progress, but it holds every promise of a bright future.