If speculation is to be believed, more is at stake than just DeFi and smart contracts. 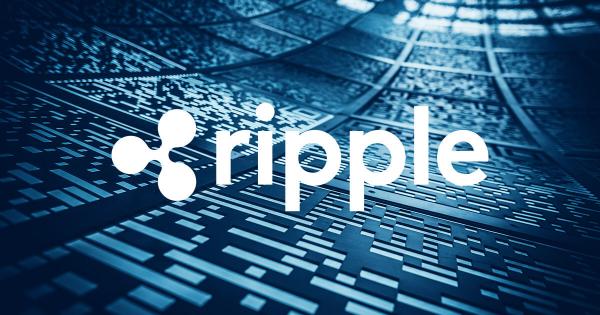 Ripple confirms that federated sidechains are coming. The implementation will vastly increase the use cases of the XRP Ledger, including adding DeFi, NFT, and smart contract capabilities.

“You asked, we listened. We’ve introduced Federated Sidechains to the #XRPLedger so that you can enjoy the power of the #XRPL on a sidechain that acts as its own #blockchain. Learn about new use cases like native #DeFi capabilities and smart contracts.”

While the company confirms cross-border payments remain its “bread and butter,” federated sidechains will open up a world of possibilities for Ripple going into the future.

What’s more, speculation is mounting that Ripple has its eye on a bigger prize. Namely, using sidechains to capture the central bank digital currency (CBDC) market.

“The general idea is to enhance the utility of the XRP Ledger by essentially having additional ledgers that sort of, literally, sit to the side of it.”

The thinking behind this concept is to separate functionality over different chains. That way, the mainchain, which is used for payments in Ripple’s case, remains quick and cheap to use.

“If you try to put everything on a single chain, what happens is the chain gets slow and it gets expensive, and it degrades the ability of people to use it for simple payments.”

Schwartz said they could have built smart contracts etc., into the mainchain. But neither he nor the XRP community would have accepted that because being “the best digital asset for payments” really matters.

Ripple announced a pilot project for CBDCs in March of this year. This project is based on the XRP Ledger, which has over eight years of history as a reliable, secure, and highly scalable payment system.

However, in catering to central banks, it also offers transaction privacy and more control than a standard public ledger.

What’s more interesting is the interoperability aspect of this project. Ripple says these private ledgers are able to connect with existing legacy infrastructure, as well as with each other.

This presents an intriguing prospect when thinking about cross-border settlements occurring on the same network via sidechains.

“We are also working on a fresh approach where Central Banks will be able to join a network of CBDC Ledgers that enables full settlement interoperability, while allowing each member to retain their monetary and technological independence.”

While today’s announcement did not mention CBDCs, it’s hard not to put two and two together.