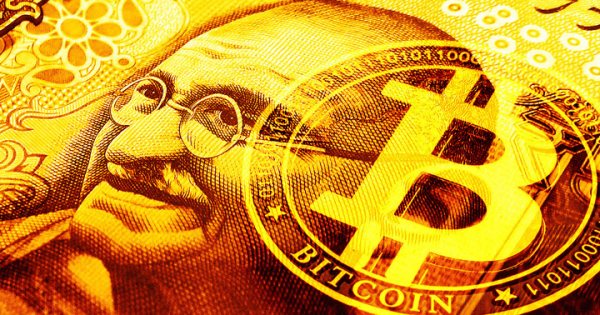 Indian central bank officials have renewed efforts to ban crypto. Finance Minister Nirmala Sitharaman supported the motion during a parliamentary meeting on July 18, saying digital assets have a “destabilizing effect” on the “fiscal stability of a country.”

The Reserve Bank of India (RBI) first attempted to ban crypto in April 2018, citing risks associated with “consumer protection, market integrity and money laundering, among others.”

However, in March 2020, the ruling was overturned by the Supreme Court, which deemed the ban unconstitutional. Despite that, talk of an impending ban persisted.

In March 2021, Sitharaman appeared on national television, saying the government was not “shutting all options off.” Instead, Sitharaman spoke vaguely of “a window” to enable “cryptocurrency experiments.”

Despite the uncertain message, Indian crypto investors took this as a victory. WazirX co-founder Nischal Shetty said the announcement was a green light for developers to build and win.

Fast forward to now, and the imposition of a 30% Goods and Services Tax on all cryptocurrency and NFT transactions, and an additional 1% tax on transactions greater than INR 10,000 ($125), have had the effect of tanking trade volumes on major exchanges.

But now, less than a month from the 1% transaction tax going live, senior lawmakers are renewing calls for an outright ban on cryptocurrencies.

Sitharaman voiced support for the RBI’s call to ban cryptocurrencies in a parliamentary discussion. Justifying her view, she spoke of concerns about the “adverse effect” digital assets have on the economy.

Continuing, she clarified that only central bank-issued currencies fit the criteria for legal tender. She added that cryptocurrency valuations are based on speculation and detrimental to fiscal stability.

“However the value of cryptocurrencies rests solely on the speculations and expectations of high returns that are not well anchored, so it will have a de-stabiliing effect on the monetary and fiscal stability of a country.“

Sitharaman mentioned the RBI had “recommended for framing of legislation,” but other than calling for a ban, she did not give further details of the proposal.

Signing off, she acknowledged that international cooperation is required to enact a ban to avoid “regulatory arbitrage.”