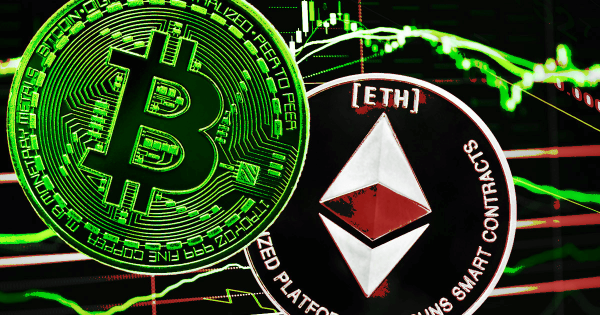 The overall market sentiment is usually determined by looking at long-term market behavior. However, while zooming out can put current market conditions into a much better perspective, sometimes the most solid gauge of the market’s position lies in the middle.

SOPR and its value in market analysis

The Spent Output Profit Ratio (SOPR) is a handy metric for determining the overall market sentiment. As its name suggests, the metric compares the value of outputs when they were spent to when they were created. The metric shows the degree of realized profit for all coins moved on-chain in a particular time frame.

While the metric is an elementary and easy-to-interpret signal, it can be further modified to present a much more complex market view.

For example, filtering transactions to remove any “in-house” activity (e.g., transactions between addresses belonging to the same owner) is done through aSOPR, which shows better market signals when compared to the raw-data SOPR. The SOPR and aSOPR metrics can be further segmented into cohorts of long-term and short-term holders.

For the first time since May, Bitcoin’s 7-day MA SOPR has been trying to break above 1. At the end of July, Bitcoin’s SOPR touched one and has been retesting it throughout the first week of August.

Every time Bitcoin hit a SOPR of 1 and failed to break resistance; its price saw a brief uptick. Attempts to break the SOPR resistance have almost always correlated with bear market rallies, sometimes referred to as dead cat bounces.

Unlike Bitcoin, Ethereum managed to pierce above the SOPR of 1 at the first attempt. As of August, Ethereum seems to have found support at 1, with data from Glassnode showing it quickly recovered from its last drop. Ethereum’s rising SOPR is a direct result of ETH’s rising price, which has been defying the broader market trend that’s keeping most coins deep in the red.

As previously covered by CryptoSlate, Ethereum’s market-defying rally is largely a result of speculation around the upcoming Merge. This is seen in a significant increase in derivatives trading, which pushed the open interest on Ethereum to $6.4 billion — $1.4 billion more than the open interest on Bitcoin. The rise in derivatives trading stands in contrast with the declining user activity on the network, seen in the dropping gas fees.

This amount of speculation puts the stability of Ethereum’s SOPR in danger. Any weaknesses in Ethereum’s price will certainly affect the ratio and push it below 1. If it were to drop suddenly, Ethereum’s SOPR could find strong resistance if it were to try to break above the level again.