Research firm: XRP is in a bear trend—and it may just be the start Nick Chong · 2 years ago · 2 min read
News › XRP › Analysis

Research firm: XRP is in a bear trend—and it may just be the start

From the lows of March, all leading cryptocurrencies are up dramatically. 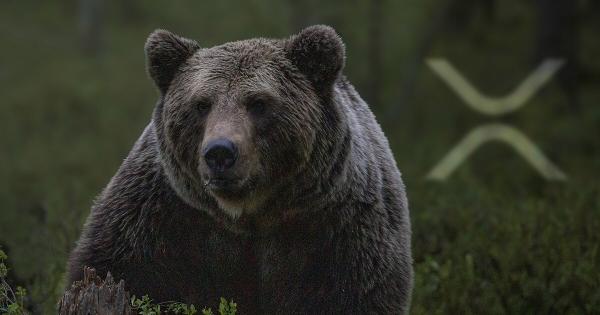 Image by Bond111 from Pixabay

From the lows of March, all leading cryptocurrencies are up dramatically. XRP is no exception.

The fourth-largest cryptocurrency is up 66 percent from the Mar. 13 lows of approximately $0.11. This is an underperformance compared to Bitcoin’s 150 percent performance, or Ethereum’s 160 percent. XRP’s rally has been impressive nonetheless.

A prominent cryptocurrency research firm, however, says that the asset “appears to be in a bear market.”

XRP is in a bear market: Weiss Crypto Ratings

Digital-asset research firm Weiss Crypto Ratings said on Jun. 19 that “XRP appears to be in a bear market.”

“It keeps making lower highs and lower lows, with the most recent low being as early as May of this year.”

#XRP appears to be in a bear market. It keeps making lower highs and lower lows, with the most recent low being as early as May of this year.

This is in reference to the fact that since peaking around $0.23 in May, XRP has slid lower and lower despite Bitcoin, Ethereum, and other cryptocurrencies trading in a tight range. From the May highs, the asset is down by approximately 20 percent.

Analysts expect this trend to continue.

He identified earlier in June that the cryptocurrency had slid below a crucial support level that has been of utmost importance over the past two months and in 2017. XRP failing to recapture that region will see it drop 90 percent to 194 satoshis, which would correspond with a sub-$0.02 XRP at current BTC prices.

One pseudonymous trader reiterated the sentiment, arguing earlier this year that there’s a good likelihood XRP never breaks above $1.00 ever again:

Why is XRP underperforming?

It isn’t ostensibly clear why XRP is underperforming in comparison to its cryptocurrency compatriots.

Though, there are two key factors that are likely depressing the price of the cryptocurrency.

Firstly, XRP has an extremely high inflation rate when compared to that of other digital assets. Messari data suggests that the past 12 months have seen XRP’s circulating supply grow by 20 percent.

This is “five times higher than [that of] BTC” prior to the halving. The inflation rate over the past 12 months of Tezoswas 13 percent, 5.1 percent for Litecoin, and 4.7 percent for Ethereum.

Higher inflation should correspond with lower prices due to supply and demand dynamics, which state that increased supply on consistent demand should equal lower prices.

Secondly, the altcoin’s community has been shrinking as prices have shrunk, best exemplified by the departure of one of its biggest bulls.

EToro and The TIE reported that over the first quarter of 2020, the number of Twitter users discussing XRP fell by 16 percent. Similarly, a trader found that the number of users in the @Ripple Telegram fell by 63.89 percent from June 2018 until April of this year.