Since the peak of the last Bitcoin bubble in late-2017/early-2018, the vast majority of altcoins have collapsed dramatically from their all-time highs. 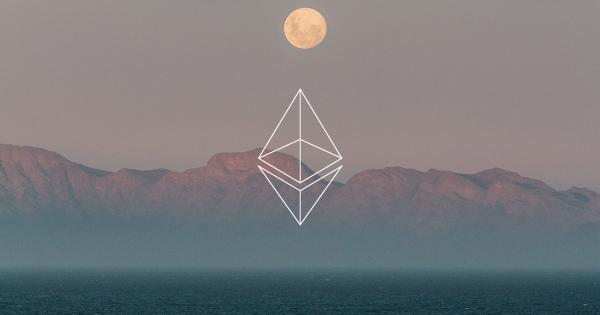 Photo by Grace Brauteseth on Unsplash

Since the peak of the last Bitcoin bubble in late-2017/early-2018, the vast majority of altcoins have collapsed dramatically from their all-time highs. Not even Ethereum has been spared.

This is in line with other top cryptocurrencies, which are down similarly from the highs they established in 2018.

Though unlike its contemporaries, analysts say Ethereum is seriously undervalued, citing on-chain data indicating that ETH is trading far below a fair price.

With the usage of the Ethereum network rocketing to fresh all-time highs despite the sinking price, Mythos Capital founder Ryan Sean Adams believes that ETH is “doubly” undervalued.

He shared the image below to illustrate his optimistic point, showing that for the past four years, the price of ETH has been closely correlated with the transaction fees Ethereum users pay to get their transactions processed.

Due to increased market activity, heavy stablecoin adoption, and gas-guzzling smart contracts on Ethereum, fees have skyrocketed over recent weeks while ETH’s price has largely stagnated. If the historical relationship holds, ETH is poised to rally at least 50 percent, Adams’ chart shows.

The Mythos Capital founder continued that he expects Ethereum to develop into a store-of-value network in the coming years, which will see ETH begin to trade above the transaction fees relationship indicated above.

Adding to the ETH bull case is the Ethereum 2.0 blockchain upgrade, slated to begin its launch later this year, likely around July or August.

For those unaware, along with dramatically improving the speed and functionality of Ethereum, the upgrade will replace the mining consensus mechanism with staking, which will result in a reduction in the inflation of the cryptocurrency.

Crypto-centric venture investor and professor Adam Cochran explained earlier this year that ETH 2.0 is likely to be the “largest economic shift in society” for three core reasons:

Ethereum, not a proper investment?

Although there are positive fundamental catalysts primed to boost Ethereum higher, that doesn’t mean it’s a viable investment, some fund managers in the space have postulated over recent months.

Per previous reports from CryptoSlate, Michael Novogratz — current CEO of “crypto merchant bank” Galaxy Digital — wrote in a Twitter thread that Ethereum remains in a “proving phase.” That’s to say, unlike Bitcoin — which touts an over ten-year track record and a $150 billion+ market capitalization — Ethereum is still a “venture bet” because of its relative nascency and market size.

Chief investment officer of crypto fund Arca Jeff Dorman added in a separate comment that because Ethereum’s price action is so intertwined with that of smaller-cap altcoins, it makes it “not an interesting investment for anyone outside of the die-hard ETH community.”

The uncertainty around the 2.0 upgrade affects ETH’s efficacy as an investment too.

Kelvin Koh, a partner at The Spartan Group and a former partner at Goldman Sachs wrote this week that the “considerable uncertainty” around the event — presumably referencing the lack of formal timeline and the variance to Ethereum’s monetary policy — makes him hesitant to prefer ETH over BTC.

ATM I am more bullish on $BTC.

We are observing the ETH2.0 transition closely to understand the crypto economic implications and impact on $ETH price.

At some point, we may turn more bullish on $ETH. It is a big event but at the moment there is considerable uncertainty.

While all these assertions may be true, they’re unlikely to stop ETH from rallying in the short term and medium term should buyers step in as the on-chain data points suggest.