Reports suggest the United Kingdom may be en route to dominate the blockchain and cryptocurrency industry and join the ranks of Japan, Germany, and Malta. 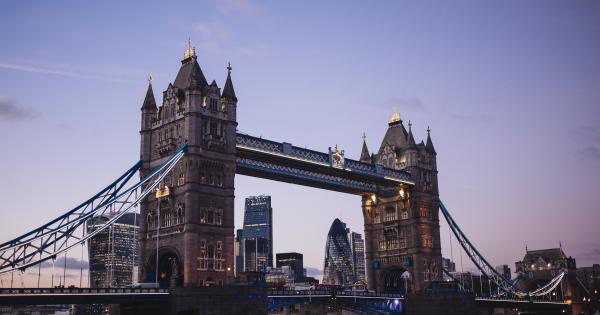 Photo by Susan Yin on Unsplash

Reports suggest the U.K. may be en route to dominate the blockchain and cryptocurrency industry and join the ranks of Japan, Germany, and Malta.

On July 16, 2018, The Guardian reported the strong presence of governmental and industrial resources to make the U.K. primed for turning into a blockchain “global hub”  by 2022.

Citing research by DAG Global, Deep Knowledge Analytics, and Big Innovation Center, the report stated the £500 million ($584 million) investment in U.K.’s cryptocurrency sector in 2017-18 had a robust parliamentary backing,  indicating a balance of institutional and legislation in the industry.

The chief executive of DAG Group, Sean Kiernan, believes the gap between the traditional and cryptographic financial system is fast closing down:

“The UK is a major global financial hub and in recent years has become a fintech leader as well. At the same time, it is starting to demonstrate significant potential to become a leader in blockchain technologies and the crypto economy.”

Echoing Kiernan’s thoughts is Birgitte Andersen of the Big Innovation Centre, who highlights the recognition of the “important and disruptive” blockchain technology by the U.K. government as an indication of commitment to accelerate the burgeoning industry.  She added the continual of the digital economy via numerous government initiatives is a further noteworthy sign.

While Andersen acknowledges the significance of blockchain technology, she indicated the sector’s nascency implies a cryptocurrency economy would take years to fully concretize.

A Slew of Changes In-Progress

Cryptocurrency companies and regulators are taking steps towards making the country “crypto-friendly.”

In April 2018, CryptoSlate reported Ripple Labs’ appeal to the U.K. government in creating optimal conditions for the growth of digital assets in the region.

Ripple’s head of regulatory relations, Ryan Zagone, famously stated the “Wild, Wild, West” environment must be mitigated soon and the creation of strict consumer protection laws, Anti-Money-Laundering policies, and establishing financial stability act as “three pillars” in this regard.

Earlier this year, Philip Hammond, Chancellor of the Exchequer, established a “crypto task force” earlier this year to safeguard the rights of British alt-asset investors. The new regulatory group consists of members from their Treasury, the Bank of England and the UK’s ­financial watchdog, the FCA.

On May 11, 2018, U.K.-based Crypto Facilities launched the world’s first regulated Ethereum Futures, adding to its portfolio of Bitcoin and Ripple futures. The firm also works with the Chicago Mercantile Exchange on the CME CF Bitcoin Reference Rate, which is integral to the operation of Bitcoin futures.