In another push to uniformly manage the UK alt-coin market, executives over at Ripple, the world’s third largest digital currency, have requested British regulators to put an end to the financial unpredictability that engulfs their cryptocurrency sector. 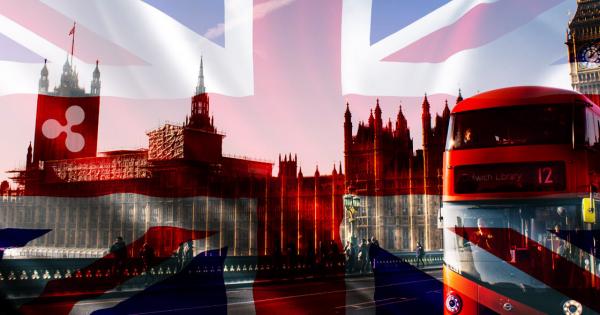 In another push to uniformly manage the UK alt-coin market, executives over at Ripple, the world’s third largest digital currency, have requested British regulators to put an end to the financial unpredictability that engulfs their cryptocurrency sector.

Ripple’s head of regulatory relations, Ryan Zagone, has proposed a model similar to the one implemented by Japan to help end the “Wild West” days that have forced the crypto domain to spike and drop continuously since the start of 2018.

Zagone’s line of thinking includes the creation of a transparent market that helps minimize investor risk and enables maximum digital innovation. Zagone also put forth what he believes to be the “three pillars” of long-term economic stability in this sector:

In an interview given to the Telegraph, Zagone compared the regulatory environment that oversees the present cryptocurrency domain to the early days of the internet and added:

“We’re at that time now where we need more clarity and rules (as well as more certainty) within this field. It’s a good time to start revisiting that ‘wait and see’ ­approach taken by regulators (to keep up with the times).”

However, compared to their eastern counterparts, countries like Britain, France, Germany have been slower in incorporating such pertinent measures into their economic structures.

It is also worth noting that Philip Hammond, Chancellor of the Exchequer, established a “crypto task force” earlier this year to safeguard the rights of British alt-asset investors. The new regulatory group consists of members from their Treasury, the Bank of England and the UK’s ­financial watchdog, the FCA.

Although virtual currencies have forced many governments across the globe to reconsider the financial direction in which their nations will move towards, it remains to be seen how the regulation of such a burgeoning, near multibillion-dollar industry, will be implemented.

While people like Mark Carney, Governor of the Bank of England, have changed their tune after having bashed Bitcoin and Ethereum earlier this year, it feels like the crypto sector has come-of-age and is now independent of all the negative media bias that it is faced with on a daily basis.