Billionaire philanthropist and founder of Bridgewater Associates Ray Dalio clarified his stance on Bitcoin, saying he respects how it’s fared over time. 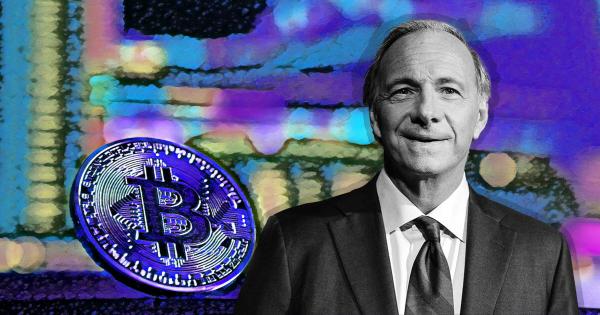 Billionaire philanthropist and founder of Bridgewater Associates Ray Dalio clarified his stance on Bitcoin, saying he respects how it’s fared over time.

“I greatly admire how Bitcoin has stood the test of 10 years of time, not only in this regard but also in how its technology has been working so well and has not been hacked.”

Dalio hit the headlines over his panning of the leading cryptocurrency at the tail end of last year. He questioned its use as money and slammed it over the potential for governments to shut it down.

They are that 1) Bitcoin is not very good as a medium of exchange because you can buy much with it (I presume that’s because it’s too volatile for most merchants to use, but correct me if I’m wrong)… (2/5)

But based on his latest post, it seems as though Dalio has changed his mind.

Bitcoin gets a thumbs up from Dalio

He admits he’s no expert on the topic of cryptocurrencies. But based on people’s demand of his opinion, he felt he needed to express what he thinks about Bitcoin in his own words. And what’s his verdict? The answer is generally one of approval.

Dalio conveys astonishment over Bitcoin coming from nowhere to carve its own niche as a new type of money and store of value. This, he said, has already made early adopters wealthy. But more than that, it has the potential to make many more people rich as well.

“I believe Bitcoin is one hell of an invention. To have invented a new type of money via a system that is programmed into a computer and that has worked for around 10 years and is rapidly gaining popularity as both a type of money and a storehold of wealth is an amazing accomplishment.”

Inevitably, Dalio draws a comparison with gold. While he stays on the fence regarding which he prefers, he acknowledged that room exists for highly portable hedge assets.

However, his one criticism relates to the longevity of Bitcoin. He goes on to say there’s a risk of better alternatives passing it by. This, in his mind, is especially pertinent considering the relatively short life of technology.

To answer Dalio, organizations and individuals already contribute to the open-source development of Bitcoin. This mitigates some risk in terms of other blockchains passing it by.

However, the fact is Bitcoin is old tech. It’s already been superseded by second and third-generation blockchains. But the reason why none of them can displace it, for now at least, is because Bitcoin’s value doesn’t come from being the latest and greatest technologically.

Instead, Bitcoin’s advantage comes from it being the most trusted. Not only is that hard to quantify and therefore difficult to replicate, but it also makes Bitcoin somewhat irreplaceable.

Nonetheless, it’s clear that Dalio has pondered deeply on Bitcoin. What’s more, it takes guts to go public with a u-turn, and that’s something worthy of respect.