The popularity of the keyword Bitcoin on major search engines in China has been on the rise since early 2019 following the strong rally of the bitcoin price. 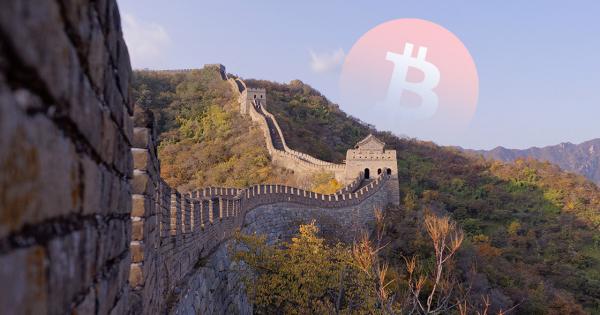 The popularity of the keyword Bitcoin on major search engines in China has been on the rise since early 2019 following the strong rally of the bitcoin price.

Alex Krüger, a global markets analyst, noted that the rise in the search interest of bitcoin during key periods coincide with spikes in interest towards the trade talks between the U.S. and China.

“Bitcoin searches (比特币, in blue) spiked concurrently as searches for Trade War (贸易战, red) & Trump (特朗普, orange) … once only, in May/14, when China called for a People’s War against US. Other subtle instances can be easily attributed to chance,” he said.

During the times the tension between the U.S. and China escalated placing a potential trade deal in jeopardy, the demand for safe-haven assets and alternative stores of value like gold surged noticeably.

While it is too early to determine the merit of bitcoin as a safe haven asset considering its lackluster performance in the 3rd quarter of 2019 relative to gold’s rally, rising geopolitical risks in the global economy are encouraging investors to look elsewhere, putting bitcoin in the radar of many investors who previously were not interested in cryptocurrencies as an asset class.

What will keep the interest towards bitcoin up with a blanket ban in place?

China has long banned the trading of cryptocurrencies in the region, creating a difficult environment for over-the-counter (OTC) trading desks to operate in China to facilitate large trades.

Consequently, most of the BTC volume in China has shifted to Hong Kong since early 2018 with major cryptocurrency exchanges providing services to supplement the demand for BTC from Chinese investors.

In recent years, the U.S. cryptocurrency market has significantly expanded with futures markets like CME providing large liquidity for accredited and institutional investors, concentrating a large portion of the daily volume of BTC to the U.S.

Japan and South Korea remain the other two dominant regions in the bitcoin spot market.

Chinese investors are said to be investing in the cryptocurrency market through OTC desks in Hong Kong and bypassing local regulations via offshore companies.

Once cryptocurrencies are bought, through the usage of VPNs and stablecoins like Tether, investors are able to trade assets with more flexibility on international platforms.

The impact China’s bitcoin market had in the past on the price trend of the asset has noticeably subsided but if the popularity of the asset continues to grow in China amid growing tension in the trade talks with the U.S., a growing number of investors could consider BTC as an alternative store of value, investing in the asset through Hong Kong.

As Krüger emphasized, when searches for the USD/CNY currency pair on local search engine platforms increased, the search interest for BTC rose in conjunction, which could indicate that despite the ban, local investors are still observing the asset class.

“Bitcoin searches may seem to often move in line with USDCNY searches (贸易战, red) … however, that’s likely due to the weekend effect (interest for both decreases during weekends, even BTC). The Aug/5 USDCNY breakout may be an exception, as everyone started talking about it,” the analyst said.