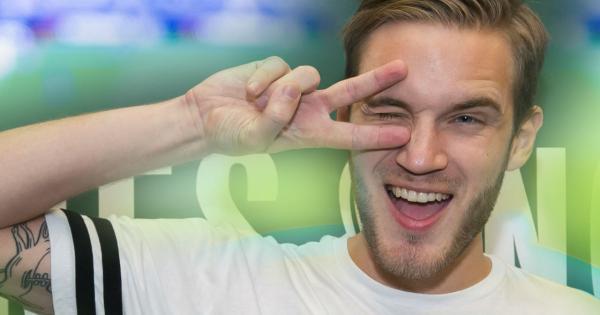 The Planet’s Most Popular Streamer

Felix Kjellberg, known by his streamer handle PewDiePie, is one of the world’s most popular streamers. As of April 2019, his channel received 93 million subscribers and 21 billion views, comparable to every person on Earth watching three of his videos.

On Apr. 9, PewDiePie announced a partnership with DLive, a blockchain-based streaming platform built on the Lino test network, a “decentralized autonomous content ecosystem.” Beginning on April 14th, he will exclusively stream on the platform.

In his announcement, Kjellberg alluded that his reasons for switching include YouTube’s high fees and lackluster incentivization mode. Meanwhile, he described DLive’s reward system as “revolutionary.”

Unlike other platforms, DLive does not take a cut of fees if a watcher donates to a streamer or subscribes to a stream. YouTube and Twitch can take up to 30-50 percent of the revenue generated by a content creator. “Not on DLive, it all goes to the creator,” said PewDiePie. 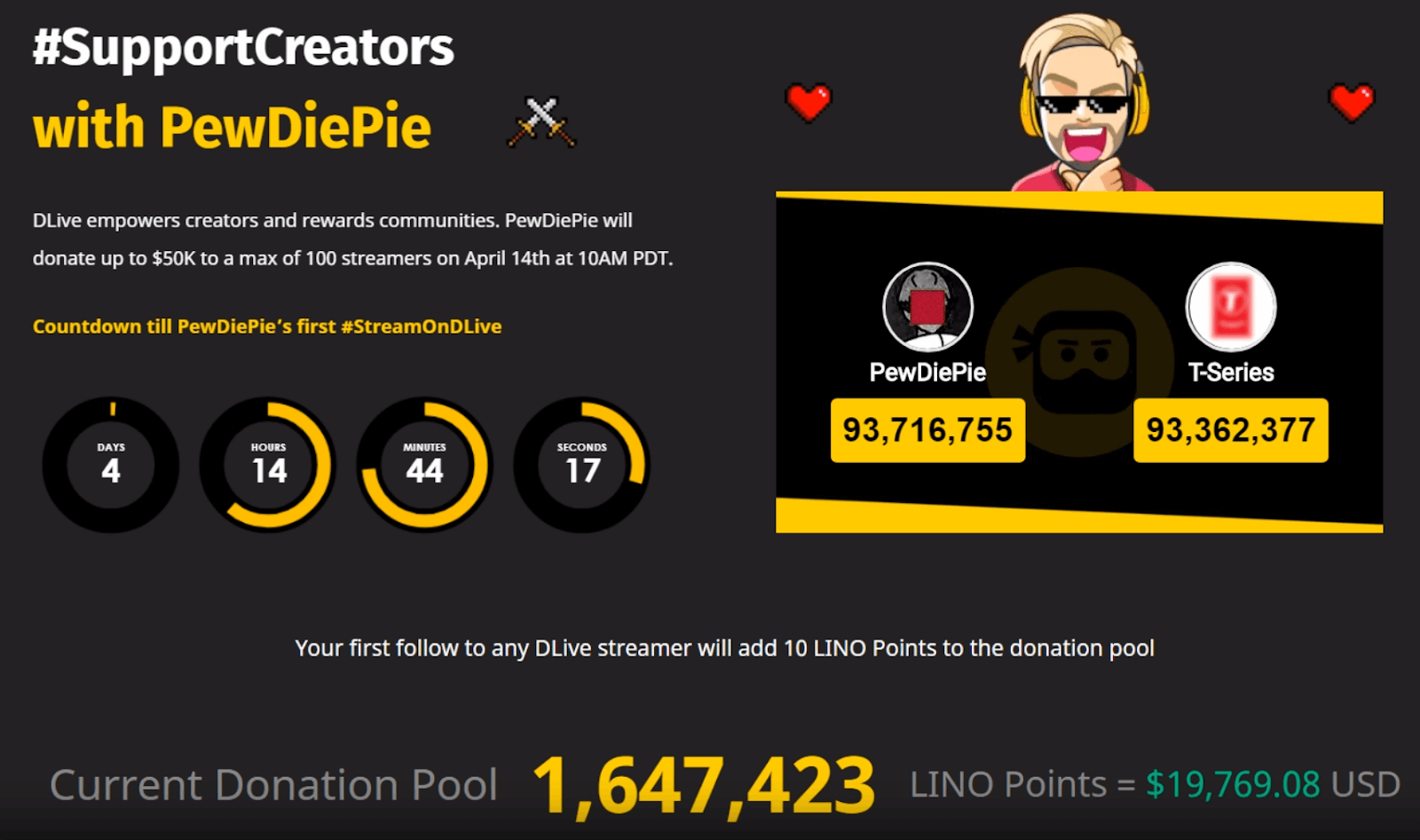 In PewDiePie’s first stream, he will be donating up to $50,000 to other content creators through the platform’s distribution of Lino—just from users watching him on the platform.

DLive was founded to combat unsavory monetization requirements and “unfair” practices of centralized media platforms. According to DLive founder and CEO Charles Wayn:

“Most of us started creating or watching content on YouTube or Twitch… We’ve contributed for years and witnessed traditional platforms grow from their infancies into billion-dollar companies. However, what have we received in return? Higher monetization bars, unfair content promotion, and fewer earnings because of increased platform fees.”

Content producers on the platform receive 90.1 percent of each donation and subscription while 9.9 percent goes to a pool that rewards users involved in the platform’s governance (via a “locking” feature).

“Unlike traditional platforms, DLive takes absolutely zero platform cuts from users’ donations and subscriptions. Instead, the economic system has been designed to revolutionize revenue distribution by rewarding the community for their contributions rather than a corporation,” said Wayn.

Moreover, viewers themselves are rewarded just for engaging. As described by PewDiePie:

“Viewers as well can earn LINO points, which is a currency simply by engaging with the streamers. Pretty epic.”

Rather than charge fees, the Lino blockchain uses inflation of its underlying cryptocurrency to fund development and maintenance.

DLive also holds an undisclosed amount of LINO points as well, possibly staking them to further earn interest on their holdings. CryptoSlate reached out to Charles Wayn on the matter and has not received comment.

In a streaming landscape dominated by Google’s YouTube and Amazon’s Twitch, PewDiePie’s switch could signal that blockchain is shifting control away from the juggernauts.

Update Apr. 10 2:47am – The title of this article has been modified to reflect that PewDiePie is stopping YouTube streaming, but not leaving the YouTube service.

Researching the Traders Behind the Cryptocurrency Mania