Litecoin founder Charlie Lee has announced the release of the full schedule of the upcoming Litecoin Summit, which will see the Litecoin team, Lightning Labs, RSK Labs, and a range of industry experts and influencers meet in San Francisco to discuss the future of Litecoin. 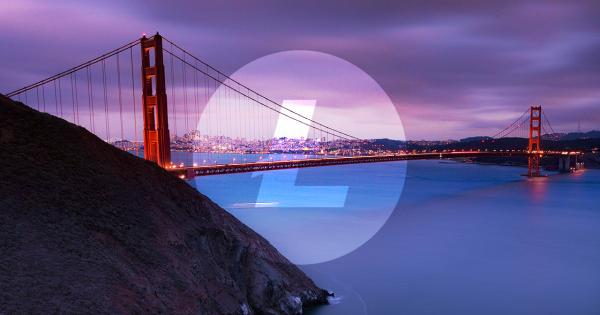 Photo by James Donovan on Unsplash

Litecoin founder Charlie Lee has announced the release of the full schedule of the upcoming Litecoin Summit, which will see the Litecoin team, Lightning Labs, RSK Labs, and a range of industry experts and influencers meet in San Francisco to discuss the future of Litecoin.

I'm excited for the first ever Litecoin Summit! We have an amazing list of speakers including @starkness, @dieguito, @billbarhydt, @eiaine, @BigEtheword, @TravelbyBit, and many more. Of course @MLPFrank, @TheRealXinxi, and I will also be there. Get your tickets! #PayWithLitecoin https://t.co/ZyR7Flfs5n

The Litecoin Summit, which set to occur on September 14 and 15, will not only bring together developers of both Litecoin and other blockchain networks but will also function as a networking event for businesses and merchants that are interested in integrating LTC as a payment method.

The summit will also feature a range of prominent speakers drawn from the finance and tax industry, professional journalists, and a range of exhibitors.

In addition to Charlie Lee, the Litecoin Summit will feature Elizabeth Stark of Lightning Labs, who is currently working on a blockchain scalability solution that could potentially revolutionize the transaction speeds of both Litecoin and Bitcoin.

The Litecoin Summit will feature Diego Gutiérrez Zaldívar of the RSK project, who will likely touch on the RSK sidechain-facilitated smart contract functionality that it brings to Litecoin.

Bill Barhydt of ABRA will be delivering a keynote at the Summit, expanding on the relationship between the ABRA platform and Litecoin — ABRA recently announced the integration of LTC-based smart contracts via the ABRA app.

Interestingly, the Litecoin Summit lineup also includes tax consultants and CPAs, likely to provide insight on the tax ramifications of using LTC as a payment method, as well as Jon More, the VP of Nationwide Merchant Solutions.

The Litecoin project is largely focused on the use of digital currency as a payment method. As such, the development of Litecoin has leaned heavily towards seamless, fast payment integration for merchants.

The Litecon Summit will serve to expose potentially interested merchants to the prospect of using cryptocurrencies such as Litecoin as an alternative to fiat currencies, accelerating adoption and presenting opportunities to payment processing platforms.

END_OF_DOCUMENT_TOKEN_TO_BE_REPLACED

Elizabeth Stark is co-founder and CEO of Lightning Labs, where she is building a programmable financial layer for the internet through fast, scalable blockchain transactions.

After working for the CIA, NASA and Goldman Sachs, Bill Barhydt decided to join Netscape working on telecom and Internet banking deals, mostly in Europe.