Lightning Labs has announced they have raised a $10M Series A, saying that the funds will be used to further develop Lightning and scale the developer system. 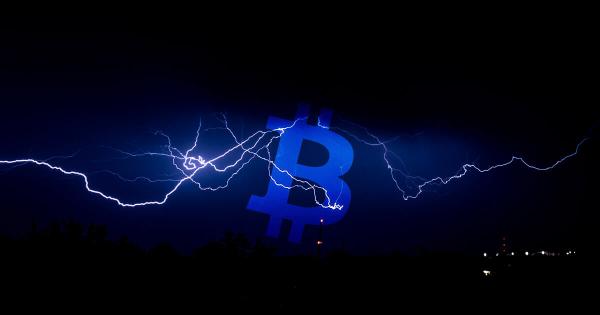 Lightning Labs has announced they have raised a $10M Series A, saying that the funds will be used to further develop Lightning and scale the developer system. According to Elizabeth Stark, the CEO and co-founder of Lightning Labs, the closing of the funding round was followed by the launch of Lightning Loop, a paid product focused on merchants.

Work on the Lightning Network boosted with a $10 million investment

The second-layer scaling solution to Bitcoin seems to be getting closer with each day. Lightning Labs, the company working on the development of the high-speed transaction protocol Lightning Network, has just closed off another massive investment round and is ready to pour the capital into growing LN.

According to an official announcement from the company, Lightning Labs raised a $10M Series A this month. The investment came a year after a seed round from Jack Dorsey, the CEO of Twitter and founder of Square, Vlad Tenev, the co-founder of Robinhood, and Charlie Lee, the creator of Litecoin.

Lightning Lab’s latest round is being led by Craft Ventures, as well as Ribbit Capital, RRE, M12, and Slow. Big names both from traditional finance and the crypto industry have also participated, including Ross Stevens, the CEO, and Founder of Stone Ridge, John Pfeffer from Pfeffer Capital, David B. Heller, the former co-Head of Securities at Goldman Sachs, and others.

“We at Lightning Labs see this as not an accomplishment in and of itself, but a means to achieving our goal of bringing instant bitcoin transactions to millions of people”

At the same time, the Series A round was closed, Lightning Labs announced another major milestone for the company. Speaking to Yahoo Finance, Stark said that the company also launched the beta version of Lightning Loop, Lightning Lab’s first-ever paid product.

According to the company, the product is aimed at merchants, namely startups and node operators. Loop will add “inbound liquidity” to receive payments and reduce transaction fees by recycling and reusing Lightning channels, the company explained.

The product’s Loop Out feature will allow funds to be sent out of the Lightning Network to “on-chain” destinations like exchange accounts or cold storage systems, with fees ranging from 0.05 to 0.5 percent. Loop In, on the other hand, will enable typical users to refill their Lightning wallets when funds are depleted by “looping” them from “on-chain” sources such as exchanges or cold storage. The fees for the Loop In feature will be a bit higher, and range from 0.1 to 1 percent.

The Bitcoin Lightning Network is growing, but with some scalability and security flaws