Craig Wright, who claims to be Satoshi Nakamoto, had his attorneys serve legal papers to an anonymous Twitter user who publicly denied he created Bitcoin. 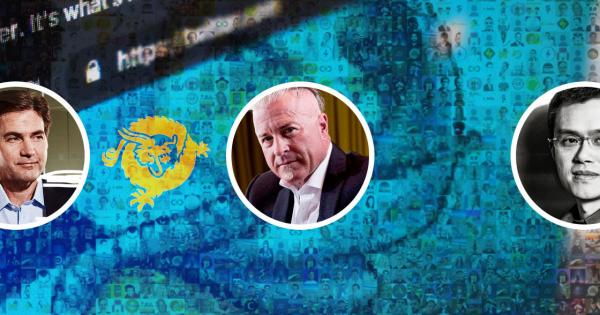 Craig Wright, who claims to be Satoshi Nakamoto, had his attorneys serve legal papers to an anonymous Twitter user who publicly denied he created Bitcoin. In response, the crypto community rallied against Wright, culminating in the CEO of Binance threatening to delist Wright’s Bitcoin SV (BSV).

CoinGeek—a media site controlled by Craig Wright’s ally, Calvin Ayre — reported that attorneys for Wright had on Mar. 29th served legal papers to Twitter user @Hodlonaut for libel. Allegedly, the user was engaged in a “targeted campaign to harass and libel Wright with highly defamatory and abusive tweets.”

Purportedly, some of the offending tweets included statements claiming Wright was a “very sad and pathetic scammer. Clearly mentally ill,” and that he was attempting to “fraudulently prove he is Satoshi.” CoinGeek also asserts the account was one of the originators of hashtag #CraigWrightIsAFraud.

However, as Wright’s attorneys “make clear”:

“Wright has not fraudulently claimed to be Satoshi Nakomoto. He is Satoshi Nakamoto. He produced the report Bitcoin: A Peer-to-Peer Electronic Cash System in October 2008, sent the first Bitcoin to Hal Finney in January 2009 and played an integral part in the development of Bitcoin.”

Craig has started filing lawsuit against those falsely denying he is Satoshi….they can all have a day in court to try to prove their fake case but the judge will rule that Craig invented Bitcoin because he did and he can prove it. https://t.co/d2W44mU9Tl

It appears the lawsuit against Hodlonaut could be the first of many, especially considering the sheer number of people and organizations which deny that Craig Wright is Satoshi. Those denying Wright’s status as Bitcoin creator could face legal repercussions, as CoinGeek warns ominously.

“@Hodlonaut may have ceased its anti-Wright squawking but there are plenty of other social media sock puppets who were only too happy to join in on the Wright-bashing from the (presumed) safety of their anonymous Twitter handles. But these internet tough guys will have their own day in court soon enough.”

Wright is now demanding that Hodlonaut tweet an apology and make a statement in open court acknowledging the “falsity of the allegations made against Wright.” The issue, however, is Hodlonaut is an anonymous alias.

That said, it appears that Wright and company are going to great lengths to identify the person behind the alias. Wright is offering a $5,000 bounty—in Bitcoin SV, a cryptocurrency Wright forked from Bitcoin Cash—for the user’s true identity.

CoinGeek even posted clues on the user’s whereabouts and included “several photos in which the individual’s face is obscured but identifying tattoos on both arms are clearly visible.”

The Hodlonaut account has since been deleted, likely to protect the person behind the account from potential harm and harassment following the bounty.

In response to the lawsuit and threats from Wright and Ayre, the community has rallied in solidarity with Hodlonaut:

After Hodlonaut deleted their Twitter account, many users began to change their profile pictures and usernames to signal their support. Supposedly, the proliferation of look-alikes may confuse those trying to identify the real person behind the account. 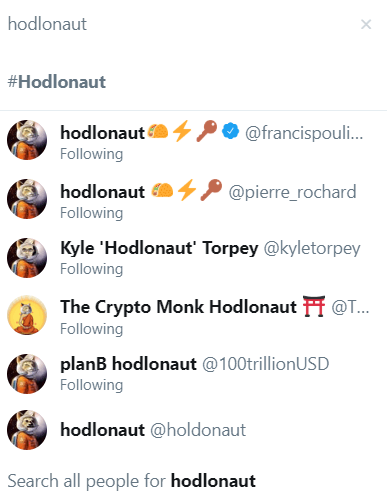 The hashtag #Hodlonaut also started trending on Crypto Twitter, often getting included in tweets speaking against Wright. The movement culminated in the CEO of Binance, Changpeng Zhao (CZ), threatening to delist Bitcoin SV should Wright continue:

Craig Wright is not Satoshi.

Anymore of this sh!t, we delist! https://t.co/hrnt3fDACq

Every exchange should delist BSV simultaneously on May 1st in a sign of solidarity behind the only Bitcoin that ever mattered.

how stupid is this. They want to delist the original bitcoin BSV because they don't like to hear the truth about Craig inventing Bitcoin. Censorship does not change facts. https://t.co/XcgUTlJWet

Amidst the drama, Craig Wright is unable to respond directly to those doubting his status as Satoshi because his Twitter account was deleted in March. Nonetheless, through CoinGeek and Calvin Ayre, Wright wants to remind “crypto trolls that their online comments, much like Bitcoin transactions, aren’t 100% anonymous.”

Wright has continued to serve legal notices to others who have allegedly libeled or defamed him. One user, Peter McCormack received and posted the notices received from Wright’s counsel:

1/ So I got my letter from Craig Wright and @CalvinAyre. This is what they are sending out to people, now you can all see.

I absolutely reject their requirements.

(PS I don't recommend anyone else does this). pic.twitter.com/olpLUdwDyM

Meanwhile, Elizabeth Stark announced a crowdfunding campaign to help Hodlonaut defend against the “unfounded legal attacks” from Wright et. al. The campaign aims to raise $20,000, having raised $7,800 so far.

“We reasonably believe that Wright’s demand letter is an attempt to misuse the legal system to suppress the expression of honest opinions. As a result of this threatened litigation, Hodlonaut has been forced to retain UK legal counsel,” stated the crowdfunding campaign.

It seems things are just starting to escalate between Craig Wright, Calvin Ayre, and the crypto community.