Available data has shown that over $1 billion worth of Ethereum has been burnt since the implementation of the London hardfork. 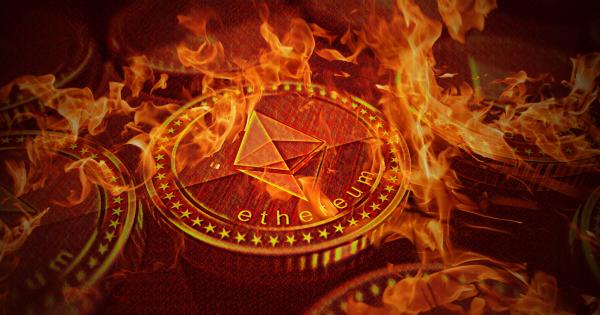 Nearly six weeks after the implementation of the highly hyped Ethereum London upgrade, a colossal amount of ETH has been burned on the network.

Data from Watchtheburn confirmed this with figures, as it indicated that since the activation of London Hard Fork on August 5, over 297,000 ETH, worth more than $1 billion, had been burned on the network.

This new burning mechanism introduced by the London Hard Fork has been effective as a deflationary tool, reducing the network’s inflation rate.

One of the reasons attributed to the increased ETH burned is the existing high transaction fees on the network, accounted for by the growing demand on the network, coming from the burgeoning niche, NFT that is the trend now. Daily on the network, the second-largest blockchain handles not less than 1.2 million transactions.

However, as second-layer solutions like Arbitrum and Optimism begin to see more usage, it could be able to free up some room on the main blockchain, which could help to reduce the activity on ETH blockchain, otherwise, it would just be adding to the activity on the network.