OpenSea’s strong start to the year continues as the largest NFT marketplace has beaten its previous monthly transaction volume ATH. 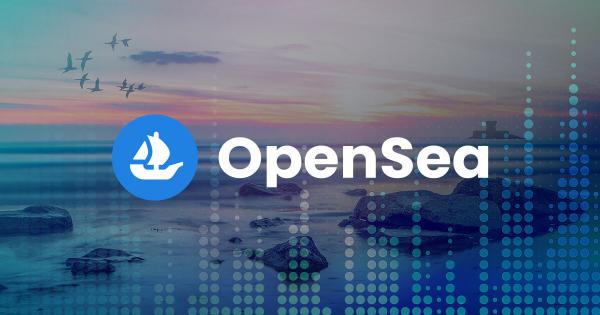 The largest NFT marketplace OpenSea has just broken its monthly transaction volume record of $3.5 billion with two weeks left to spare for this month.

OpenSea had reached its previous ATH in August last year when transactions on its platform hit $3.42 billion. That figure has now been shattered thanks to the strong start of the NFT space this new year.

According to data from Dune Analytics, the NFT marketplace had averaged around $169 million in trading volume for each day of the year. The platform, on some days, had seen trade rise as high as $261 million.

While this is not entirely surprising, the trading volume on OpenSea had drastically dropped to as low as $2.37 billion in November last year, but the level of renewed interest in NFTs has helped to push its volume back to its previous height.

Cumulatively, all of this has played a role in helping the NFT marketplace break its previous ATH and, at the same time, help it hit $15 billion in total NFT sales.

OpenSea has been able to leverage its popularity in the space to cement itself as the undisputed leader in the NFT market.

Per available data on Dune Analytics, the number of active user wallets trading on the platform crossed the 1 million mark earlier this year.

This news came on the heels of OpenSea raising $300 million in a Series C funding round which pushed its valuation to over $13 billion. As of July last year, the firm was only valued at less than $2 billion.

It is important to note that new marketplaces like LooksRare are looking to challenge its dominance in the market. We reported that the new marketplace saw its weekly trading volume beat that of OpenSea last week.