Only 6 of 18 exchanges have fully adopted Bitcoin SegWit update

An investigation by Glassnode shows that merely 6 out of 18 crypto exchanges have fully adopted the SegWit Bitcoin update activated back in 2017. As exchanges are the biggest consumers of Bitcoin blockspace, SegWit adoption by exchanges is important. 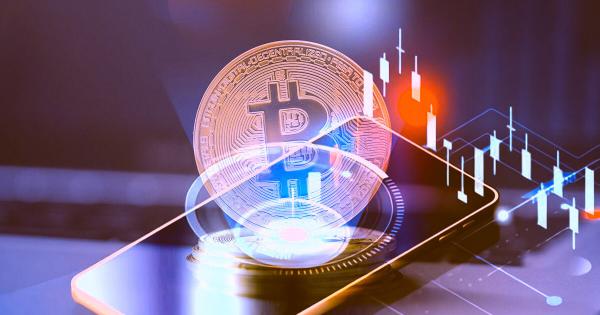 Segregated Witness, or SegWit for short, is a Bitcoin protocol extension that was activated on the network in August 2017. The primary reason for introducing SegWit is to increase the scalability of the Bitcoin blockchain. Before SegWit was activated, the Bitcoin network often ran into congestion issues due to users filling up the one-megabyte block size of Bitcoin blocks.

Exchanges consume 40% of all Bitcoin blockspace

Presented in a new article, blockchain analysts Glassnode has investigated the adoption rate of SegWit by the major crypto exchanges. The reason why exchanges are important to SegWit adoption is that exchanges are large consumers of Bitcoin blockspace, and if exchanges adopt SegWit, they will consume less blockspace than without SegWit and to a large extent contribute to better overall performance of the Bitcoin network.

According to Glassnode, exchanges are responsible for about 40% of all consumed block space, and their stance toward SegWit has a significant impact on Bitcoin’s scalability. Binance and Coinbase alone represent approximately 25% of consumed blockspace.

Unfortunately, Glassnode finds that a large majority of exchanges has not managed to fully adopt SegWit, most importantly Binance, who are single-handedly responsible for consuming about 15% of Bitcoin block space.

In their study, Glassnode assesses Bitcoin transactions flowing in and out of exchanges, and how these transactions utilize SegWit. The study then segments the examined exchanges into three categories: Pioneers with over 90% adoption, Stragglers with between 20% and 90% adoption, and Holdouts with less than 20% SegWit adoption.

The investigation covers 18 exchanges, and of these exchanges, six have fully adopted SegWit, six are still struggling with wide-scale SegWit usage, and six exchanges have made little effort regarding SegWit adoption.

Coinbase in particular, with the exchange consuming 10% of all Bitcoin blockspace consumption, has near full SegWit adoption.

“Binance has had trivial SegWit adoption”

Of all exchanges, Binance and Coinbase combined are the biggest block space consumers by far. Transactions to and from Binance alone are responsible for about 15% of all block space.

According to the study:

“Binance has had trivial SegWit adoption rates of only 10% up until the end of 2021. Although recently, adoption has surged to about 50%. This number seems inadequate, especially when considering that Binance alone consumes around 15% of all Bitcoin block space,”

According to the study, the 18 exchanges fall into these cohorts, in falling order of SegWit adoption:

Of the exchanges in the Holdouts cohort, “with an adoption rate of 7%, Okex is the only exchange that qualifies as having made at least some nominal attempt to adopt SegWit. The same can not be said about any of the remaining exchanges, who are clearly signaling a lack of interest to upgrade their infrastructure to the benefit of the wider Bitcoin network,” the study concludes.

Hold on to your hats, Tether USDT shows signs of de-pegging on exchanges