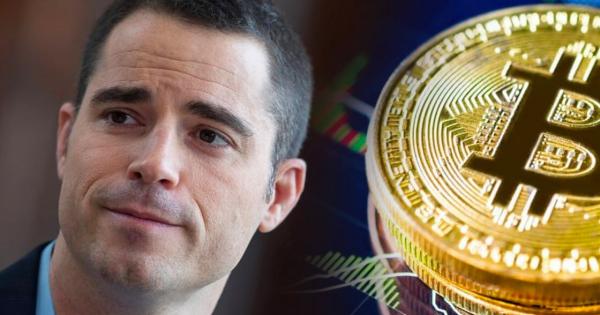 Roger Ver’s newly announced cryptocurrency exchange wasn’t well-received by the crypto community. Bound to go live on Bitcoin.com next week, the exchange was heavily criticized, with some accusing Ver of scamming people and using the platform to wash trade Bitcoin Cash.

There are only a few people in the entire crypto industry whose name alone can cause a schism in the community. Roger Ver is one of them.

One of the earliest Bitcoin advocates and investors, Ver gained notoriety after forking Bitcoin and switching his allegiance to promoting Bitcoin Cash, a highly-contested offshoot (unlike Litecoin).

After successfully defending himself from a libel lawsuit by an equally contested figure in crypto, Craig Wright, Ver went on to announce that he will be launching a cryptocurrency exchange on Bitcoin.com

Pre-register now for exclusive rewards including 25% discounted trading and a prize pool worth over $10,000:  https://t.co/3kt52vrTGq pic.twitter.com/5txvQvSh5C

According to its official website, the exchange is set to go live on Sept. 2 and will support Bitcoin (BTC), Bitcoin Cash (BCH), Ethereum (ETH), Ripple (XRP), Litecoin (LTC), and Binance Coin (BNB).

The exchange is Ver’s answer to the increasingly strict know-your-customer (KYC) and anti-money laundering (AML) protocols applied to cryptocurrency exchanges and marketplaces such as LocalBitcoins, in line with his hardliner libertarian political views. Ver even launched his own competitor to LocalBitcoins following the service’s KYC ramp-up.

However, despite the generous rewards program offered by Bitcoin.com, the news about the exchange wasn’t well-received, to say the least. The crypto community seemingly hasn’t outgrown its distaste for Ver, who notoriously lied about the source of Mt.Gox‘s lack of liquidity.

With just a few more days left before trading on the Bitcoin.com exchange goes live, the crypto community seemed eager to put its two cents in. The newly rebranded @Bitcoin Twitter account—which was previously pro-Bitcoin Cash and seemingly controlled by Ver—now focuses on promoting pro-Bitcoin news and research. The account reached out to its 976,000 followers and asked what they thought of Ver’s exchange.

“Will it be more successful than MtGox? Will it be safe? Will you use it? What do you think about it?,” the tweet said, warning followers not to get Goxxed.

PSA: On Monday September 2nd @rogerkver will launch a new exchange on bitcoin(dot)com.

Will it be more successful than MtGox? Will it be safe? Will you use it? What do you think about it?

Please leave a comment about how you feel about this new exchange. Don't get #Goxxed! pic.twitter.com/PpjhczUaiu

Hundreds of Twitter users responded to the snarky query, with most saying they wouldn’t trust any service that’s backed by Roger Ver.

“Roger Ver is a scammer and a fraud! No, it will not be safe and I will not use it,” responded one commentator.

“I could never trust Roger,” opined another.

Many accused Ver of being a scam and a fraud, as both Ver and his company continually refer to Bitcoin Cash as the “only Bitcoin,” thus misleading those interested in actually buying the original cryptocurrency, BTC.

Another user responded, “It will be probably as weird as the whole Bitcoin.com site where everywhere ‘Bitcoin’ is mentioned (buy Bitcoin, Bitcoin paper wallet, etc.) in reality traps you into Bitcoin Cash.”

Finally, some Twitter users said that they fear the Bitcoin.com exchange will be used for wash trading Bitcoin Cash to increase its liquidity.

“The main purpose of that exchange will be to wash trade for BCH, one of the shitcoins. He’ll shill about low fees on BCH,” concluded somebody else.

It seems that the bad will Roger Ver accumulated from attacking and disenfranchising Bitcoin is finally catching up with him.