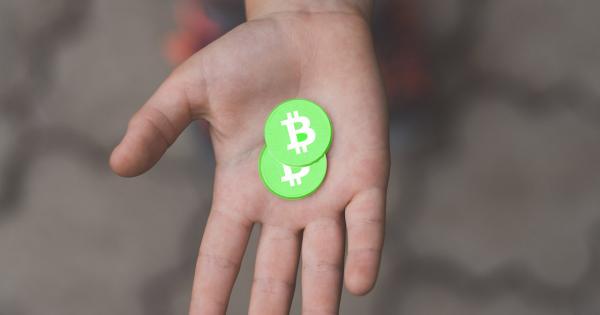 An OTC marketplace for BCH

Bitcoin.com decided to launch the over-the-counter trading platform on June 4 in honor of the 30th anniversary of the Tiananmen Square protests. The firm plans to challenge alternative peer-to-peer marketplaces by providing its users with a wide range of advantages.

Roger Ver, CEO of Bitcoin.com, explains that his main focus was to create an exchange platform that allows its users to keep their personal details private while engaging in peer-to-peer trading.

“Privacy is important to everyone. But, all too often, platforms ask you to share every single detail about yourself before they even let you create an account. It’s off-putting and, ultimately, it goes against the grain of being permissionless.”

In local.bitcoin.com users can sign up without sharing their private information since no KYC is required. “[People] can sign up and start trading right away with zero questions asked by us since we are never a party to the trade,” Ver added.

The platform’s fee structure is simple as it will only charge 0.25 percent for makers and 0.75 percent for takers. Meanwhile, its main competitor, Localbitcoin.com, charges a 1 percent fee. The new OTC marketplace also offers an affiliate program that lets users earn 20 percent of future trading fees associated with the referral accounts.

“Local.Bitcoin.com is a game changer for not only for cryptocurrency trading, but for global trade as well,” said Ver.

Over 7,500 accounts had already been created and there are more than 2,000 active offers on the platform since it launched. Bitcoin.com revealed that most of the signups are coming from the United States, Nigeria, Indonesia, and the Philippines. So far, the preferred choice of payment has been bank transfers and in-person cash trades.

“We believe that [bitcoin cash] has the means to provide every global citizen with economic freedom, helping liberate them from the confines of the current manipulated economies people are forced to live with today.”

Nevada Bitcoin broker on LocalBitcoins sentenced to 2 years in prison

Morgan Rockcoons, a Nevadan man accused of wire fraud and operating an unlicensed Bitcoin exchange for using LocalBitcoins, was sentenced to nearly two years in prison.