When it comes to Wall Street, most would envisage the crypto securities market as a distant, but a multi-trillion-dollar blip on the horizon. 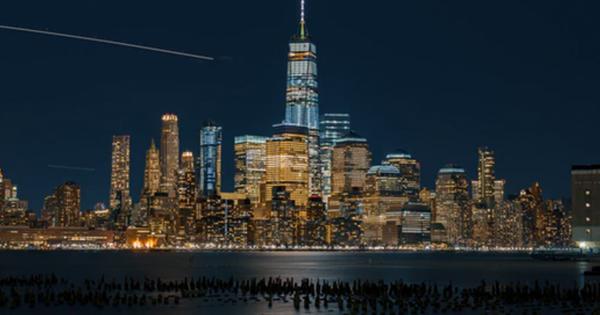 Photo by Sandy Ching on Unsplash

When it comes to Wall Street, most would envisage the crypto securities market as a distant, but a multi-trillion-dollar blip on the horizon. And yet, for all the ruminations of regulators, the Big Apple’s real estate market has taken its another step onto the bandwagon of tokenization.

A luxury condo development is set to find its place as Manhattan’s first major real-world tokenized asset—a completed 12-unit apartment block in East Village worth $30 million, Forbes reported. As per the deal, investors will be able to acquire slivers of ownership tokens via Fluidity’s AirSwap, an Ethereum-based tokenization platform.

Where tokenization would come as Greek to many industries, its benefits may be clear as daylight for the world’s increasingly globalizing investment real estate scene.

Per the classical model—the Real Estate Investment Trust (REIT)—investors must commit large sums of capital to lengthy lock-up periods and submit to high or unknown fees. Ultimately, such conditions lock out those who cannot cough up tens of thousands, typically.

Or as Stephen McKeon, a finance professor at University of Oregon, put it:

“Publicly listed Real Estate Investment Trusts (REITs) provide some liquidity, but they are expensive to set up and typically hold a basket of properties rather than a single building. Furthermore, REITs are typically buy and hold vehicles, so most investors are shut out of development projects entirely unless they can meet minimums which are often on the order of $25k and higher.”

Tokenization, on the other hand, has been held up as changing all of this.

Offering speedier fundraising, increased liquidity for asset owners, fractionalized ownership, and the blockchain’s archetypal transparency tokenized real estate would certainly seem to fall in step with the world’s apparent thirst for more a more flexible, inclusive, and decentralized system of finance. To McKeon, it would seem the sky(scraper) is the limit:

“One day you might be able to buy $10 of a single commercial real estate asset like the Empire State Building, or invest $100 in the development of a LEED-certified housing project.”

Presumably, the Manhattan deal will give punters a tantalizing glimpse of what could be in store for the $8.5 trillion global real estate investment market.

“The market in New York is always strong, but it can take some time to sell for the right price in a new construction building. With blockchain tokenization, we can remove the unruly pressure of traditional bank financing, which is much healthier for the project and all of the stakeholders.”

Coming just days after the Austrian Treasury auctioned off $1.3 billion worth of government bonds on Ethereum, the original smart contract platform seems to be wooing multi-trillion-dollar sectors left, right, and center.

In an unmistakable milestone for blockchain, the Austrian Treasury is to issue government bonds worth €1.15 billion ($1.3 billion) on Ethereum, claiming the largest smart contract platform by market capitalization brings about “added security” and a “high level of confidence” in the nation’s bond auctions.