A recent study recorded the genders of the founders of 50 most prominent companies in the crypto space–unearthing an alarming statistic that doesn’t really resonate with crypto’s promise of a more inclusive and fair system. 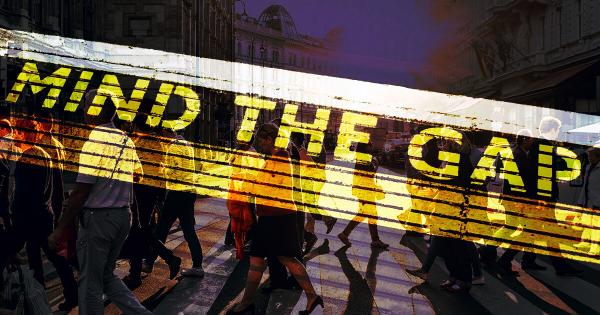 While keeping tabs on the major players in the crypto space, the study, which included 50 of the most renowned and promising companies, highlighted the industry’s incredibly male-oriented makeup.

Binance, Coinbase, Robinhood, FTX, and Marqeta surfaced as the five most highly valued companies in the crypto sector, according to the index.

Worth as much as $300 billion, the largest cryptocurrency exchange in the world by daily trading volume, Binance, is the most highly valued crypto company in the study.

Meanwhile, Robinhood, FTX, Bakkt, Sorare, and Digital Currency Group surfaced as the five crypto companies that have received the most investment.

With receiving a total of $5.57 billion in investment, one of the most popular trading platforms on the market, Robinhood, convincingly raised the highest overall funding.

The study also explored where in the world these top-tier companies are based and identified several geographical hotspots for crypto development.

More than half of the top crypto businesses, 28 of the 50, to be precise are located in the US, with the majority of these being based in California.

With eight of the 50 companies included in the study being based in San Francisco alone, the “Bay City” surfaced as the crypto company capital of the world.

Female founders make up only 4%

By recording the genders of the founders of each of the 50 companies included in the study, Crypto Head put a spotlight on the size of the gender gap that exists within crypto entrepreneurs.

“Crypto industry is shaping up to be one of the most male-dominated sectors, even with the historically male-oriented world of science and technology,” read the study, which put concrete numbers and names behind this–at this point–well known fact.

Amongst 121 listed founders, only five were female, which accounts for exactly 4.13%.

The five companies which have female founders include BlockFi, Binance, Bakkt, Yield Guild Games, and Blockstream.

However, all of these crypto companies also have at least one fellow male founder.

“While we can expect more women to get involved in the crypto industry as it develops and matures, it would be valuable to these companies to actively include more women in leadership positions,” concluded the study, noting that, in all fairness, this could be strategically beneficial.

Such inclusion could substantially improve the diversity of thought in the industry–resulting in new developments and wider adoption.