The multinational investment bank looks to add Bitcoin exposure across its funds via cash-settled futures and the Grayscale Bitcoin Trust. 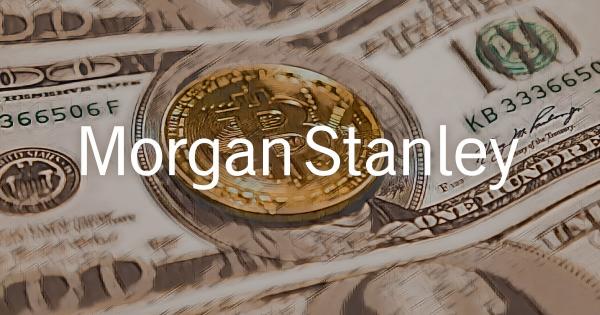 American investment bank Morgan Stanley plans to allow a dozen of its funds to invest in Bitcoin via cash-settled futures and the Grayscale Bitcoin Trust (GBTC), according to its filing with the Securities and Exchange Commission published yesterday.

The bank also noted that investments in Bitcoin, be it via futures or GBTC, will be organized through its wholly-owned subsidiary—“an exempted company under the laws of the Cayman Islands.”

At the same time, the bank also highlighted Bitcoin’s notorious volatility and pointed out that exposure to crypto might present some serious risks.

“The value of a Fund’s investments in cryptocurrency is subject to fluctuations in the value of the cryptocurrency, which have been and may in the future be highly volatile,” the document stressed, adding, “The price of bitcoin could drop precipitously (including to zero) for a variety of reasons.”

Further, there is also a chance that funds exposed to Bitcoin could suffer “substantial losses,” the bank explained. Therefore, only clients and companies with a considerable net worth will be allowed to access the new offerings thanks to their “aggressive risk tolerance.”

Thus, only clients that have at least $2 million in assets held by Morgan Stanley will be able to get exposure to Bitcoin. For investment companies, the minimum requirement will amount to $5 million.

A report has also recently suggested that Morgan Stanley is currently in talks to acquire a stake in the top South Korean cryptocurrency exchange Bithumb. The bank is reportedly considering investing between 300 billion and 500 billion Korean won ($254 million and $441 million, respectively).