More Bakkt futures contracts are settled in Bitcoin than in cash 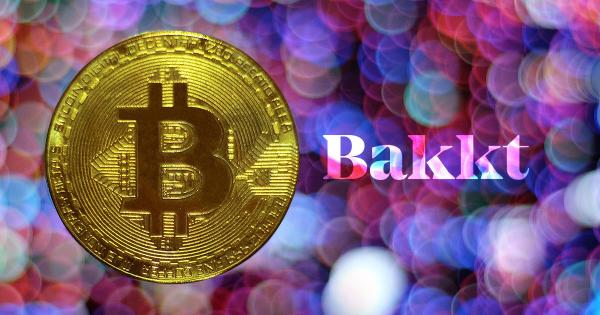 According to the latest data from Skew, the volume of Bakkt’s physically-settled futures exceed the volume of its cash-settled product. With an average daily volume of $14 million in the past month, more traders seem to be attracted to futures contracts that are settled in Bitcoin.

Bitcoin’s strong start to 2020 has pushed more institutional traders to position themselves awaiting for the coin’s rise. Bitcoin closed out its best January in the past seven years in 2020, pushing its institutional volumes up with it.

Earlier this month, the Bakkt physically-settled contract saw a new record of $11.6 million in open interest—up 114 percent in a week. The increase was believed to reflect an influx of new buyers coming into the market, which was expected to extend Bitcoin’s uptrend.

And now, the latest data showed that the rise Bakkt’s volume has seen in January 2020  has been modest by this month’s standards. According to BakktBot, the total open interest on Bakkt’s Bitcoin futures now stands at around $17.8 million.

The growing open interest on Bakkt’s Bitcoin futures is mirrored in the growth in its volumes. Data from Skew has shown that more Bakkt contracts are being settled with physical Bitcoin than in cash.

The growing number of institutional traders choosing to settle their contracts in Bitcoin presents a bullish case for the cryptocurrency. Arcane Research’s January report noted that its data has shown there is a growing appetite among institutional investors for Bitcoin.

Arcane Research reported that the 230 Bakkt Bitcoin futures contracts that went into delivery on Jan. 17 represented over $2 million in notional value. The company only delivered 15, 17, and 8 contracts in October, November, and December of last year.

That means that the physical delivery of Bitcoin futures contracts increased by 1,625 percent from their 2019 average of 13.3 BTC, Arcane Research published in the report.

Industry exec: this is why Bakkt is struggling to take off against top Bitcoin exchanges

Despite its hype in the latter half of 2019, the performance of Bakkt has been lackluster to say the least.