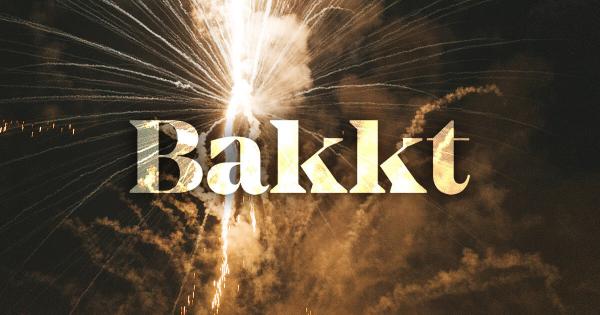 The much-awaited Bitcoin cash-settled monthly futures from Bakkt launched on Dec. 9, recording a volume of 1250 BTC at press time. This is a sharp contrast to the 72 BTC Bakkt saw traded on its futures debut earlier in September, which means that the company could be taking over a significant part of the market.

The disappointing launch volumes of its futures contracts didn’t stop Bakkt from taking over the crypto market. With its Bitcoin futures volume up more than 6,200 percent since launch, the ICE subsidiary announced the launch of two new markets—Bitcoin options and Bitcoin cash-settled monthly futures.

According to Bakkt’s official announcement, the new cash-settled futures contracts will be available on ICE Futures Singapore. The regulated exchange will allow customers in Asia and abroad to gain or hedge exposure to bitcoin safely and efficiently. Contracts will leverage the settlement price of the physically-settled Bakkt monthly futures, the company said.

Bakkt’s Bitcoin options are the first CFTC regulated option on futures contracts for bitcoin. The contracts will also be based on Bakkt’s bitcoin monthly futures and settle into the underlying futures contract two days before they expire.

“These new contracts represent an important milestone in the development of this emerging asset class and our bitcoin product complex.”

White’s statement is in line with the company’s aggressive market takeover, which seems focused on outmuscling the Chicago Mercantile Exchange (CME). Last month, White announced that the New York-based company had opened up its custody solution to any institutions looking to store Bitcoin.

According to Bakkt’s official website, the cash-settled monthly futures saw a volume of 1250 BTC at 2:30 pm GMT. With a few more hours left before trading closes, the launch day volumes already look promising.