MicroStrategy to hold second edition of Bitcoin for corporations

MicroStrategy’s second Bitcoin conference would have panelists from Coinbase, Paxos and other top crypto firms. 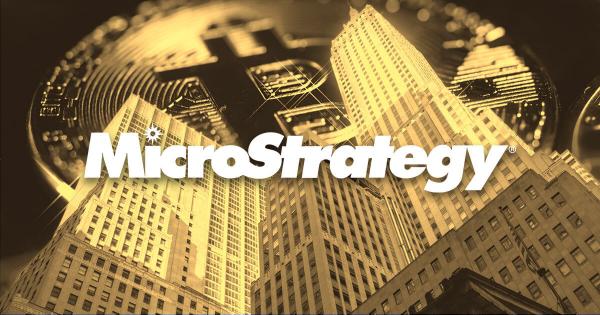 The corporate Bitcoin whale, Microstrategy, holds the second edition of its Bitcoin for Corporation conference.

The conference will be a virtual event where the NASDAQ listed company will educate corporate institutions on integrating crypto into their operations. In addition, this virtual event will explain the benefits of having Bitcoin on the balance sheets.

If you are a corporation interested in integrating #bitcoin into your products, services or balance sheet, join us next week. You will hear from experts in bitcoin strategy, treasury, accounting, law, technology, trading, custody, payments, & banking.https://t.co/V9fIkv633q

CEO of MicroStrategy, Michael Saylor, announced this on his Twitter account on Sunday. He further added that the focus audience would be companies who are interested in integrating Bitcoin. Saylor, a big-time advocate of Bitcoin, will be one of the speakers at the event.

Other notable speakers expected at the conference will include Blocks CEO and Twitter co-founder Jack Dorsey, Head of Communication at Lolli Aubrey Strobel, CFO of Microstrategy Phong Le, and others.

Scheduled to hold on 1st and 2nd February 2022, the programs for the event include keynote speeches and panel sessions. Participants in the panel sessions will consist of executives from Coinbase, NYDIG, Fidelity, Paxos, and Bitpay, to name a few.

The first edition, held last year, was a resounding success with a large attendance. After the event, Michael Saylor stated this was the highest number of CEOs he has seen attend any of Microstrategy events. Given the significant growth of the crypto industry in one year, one can only expect that more companies will sign up.

Microstrategy occupies a significant position in the crypto ecosystem. The software giant has the largest crypto portfolio among publicly traded companies. With 124,391 BTC worth over $4 billion in its holding, the company remains bullish about the flagship digital asset.

In a recent interview, Michael Saylor stated that the company has no plans to sell its BTC holdings. He also declared that the firm’s only strategy at the moment is to acquire more units of the coin.

While he’s bullish on Bitcoin, the company’s shares have underperformed significantly along with BTC dip. But despite the dip, the company is yet to lose on Bitcoin due to the fact that it was one of the earliest companies to embrace the industry.