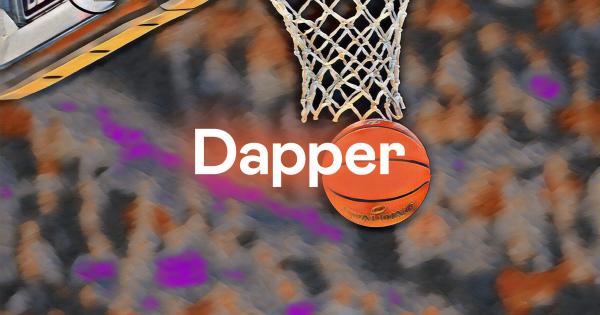 “NFTs are the first time anyone can create unique digital items that can be portable across different products anywhere the customer wants—simple but game-changing,” said Dieter Shirley, chief technology officer at Dapper Labs.

As a result, the influx of fresh capital has pushed the company’s total valuation to $2.6 billion, a knowledgeable source told the outlet.

Excited to share that we have just announced a $305 million funding round to grow our ecosystem on our path to mainstream adoption ?

NBA Top Shot is a blockchain platform where users can trade highlights from various NBA matches in the form of NFTs. These non-interchangeable tokens have become the latest “crypto craze” over the past few months, propelling platforms such as Top Shot into the very top of trading volume charts.

After its launch in open beta just six months ago, NBA Top Shot has already generated nearly $500 million in sales as users created over 800,000 accounts—roughly 338,000 of which own at least one NFT, the firm noted. Shirley added:

“NFTs let people have real ownership in games and digital worlds for the first time. Developers can also easily build products that let customers access their NFTs and identities from different products, meaning less lock-in on customers. On a blockchain like Flow, NFTs can rewire the Internet for the better.”

A stellar group of investors

“NBA Top Shot is one of the best demonstrations we’ve seen of how quickly new technology can change the landscape for media and sports fans. We’re excited to follow the progress with everything happening on Flow blockchain and use our platform with the Boardroom to connect with fans in a new way,” said Durant.

?ALL HAIL THE KING?@YoDough scooped up this Legendary LeBron James Moment from our Cosmic Series 1 set for $208,000‼️ This Moment is from our first Legendary set ever minted ?

The top acquisition for any NBA Top Shot Moment … so far.

Congrats on the nice pickup! ? pic.twitter.com/rFLMzbwXN7

With the help of its new capital, Dapper Labs now reportedly plans to expand beyond basketball and bring more sports, video games, and other entertainment projects to its Flow blockchain.

Flow is a fast, decentralized, and developer-friendly blockchain, designed as the foundation for a new generation of games, apps, and the digital assets that power them. Learn more