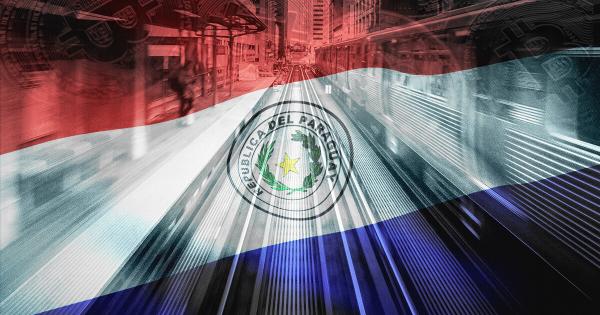 Paraguay is setting an important project in motion this week, hinting at Bitcoin (BTC) and its legal tender status, announced congressmen Carlitos Rejala in a tweet.

Only a day after the announcement made by the El Salvador President Nayib Bukele on Twitter, it seems Paraguay is going to be the next country racing to legalize Bitcoin.

The Chamber of Deputies representative Rejala updated his profile photo on Twitter and added laser eyes to the picture as he made an announcement implying that Bitcoin could be considered legal tender soon.

“As I said a long time ago, our country needs to go hand in hand with the new generation. The moment has come, our moment. We start this week with a valuable project that will renew Paraguay in front of the world,” said Rejala on Twitter, adding “to the moon #btc & #paypal” to the end of his announcement.

Bitcoin adoption took a dramatic spin as politicians in Latin America started declaring the region is ready to open up to crypto.

The drums began rolling when the president of El Salvador, Nayib Bukele, disclosed plans to give Bitcoin the status of legal tender. Bukele revealed his plans at the Miami-based Bitcoin 2021 conference over the weekend, announcing the bill will be presented to regulators this week.

The legal tender stage of crypto adoption is here as we witness countries put in motion plans for adding Bitcoin to their state treasury.

In an attempt to protect their economy from inflation and the domino effect caused by the depleting value of the US Dollar, countries such as El Salvador and Paraguay have come to realize that Bitcoin might be a solution.

Hyperinflation and devaluations cause safe-haven assets such as crypto to become increasingly sought after. Currently, the world is witnessing dramatically opposite positions among governments around the world, ranging from rigid disapproval to welcoming adoption.

More countries are going to join the crypto train as it departs but we can only guess who is going to be next. More predictable is where all the investors are going to gravitate towards.