Malta’s relevance as a “blockchain island” is set to increase in the coming weeks, as the small geography plays host to some of the world’s premier speakers, evangelists, and ministers as part of the Malta Blockchain Summit 2018. 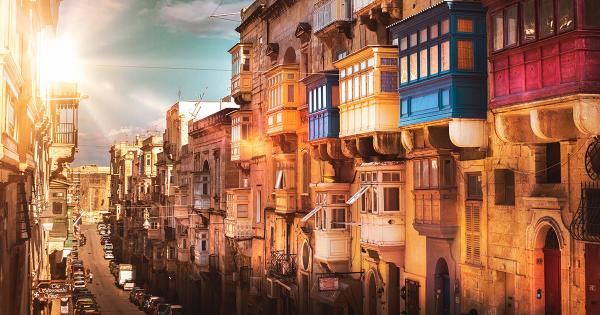 Photo by Artur Roman on Pexels

Malta’s relevance as a “blockchain island” is set to increase in the coming weeks, as the small geography plays host to some of the world’s premier speakers, evangelists, and ministers as part of the Malta Blockchain Summit 2018.

On Nov. 1 and 2, Malta welcomes cryptocurrency and blockchain enthusiasts to its shores for two days of networking, project showcases, conferences, and talks focused on the innovations of digital assets and distributed technologies.

The country looks to showcase its latest regulatory framework that aims to attract global blockchain-based businesses to set up a sustainable industry and convert the lesser-known economy into a world-mover in the sector of cryptocurrencies, comparable to Singapore and Hong Kong.

Prime Minister Joseph Muscat is present as a keynote speaker at the event and has recorded an invitation to welcome all interested parties. Day One of the event focusses on the regulatory implications faced by the blockchain industry, including talks on Regulatory Foresight, government backing for crypto-startups, Malta’s relevance in the space, and cryptocurrency taxes.

The day’s second half moves on to applications of blockchain technology in widespread governance and social change, financial markets, and even the Hollywood industry.

The first half of Day Two covers more technical topics aimed at engineers and developers, such as leveraging smart contracts in decentralized application (dApp) development, a “blockchain-of-things” feature, and the need of authentic code before deploying an ICO, amongst other talks.

The latter half explores the potential world of “crypto-finance,” including token economics and modeling, planning for technology development post-ICO, the evolution of banks and cryptocurrencies, and discussing the future of crypto-trading.

Events aimed at showcasing innovation and exceptional talent – Blockchain Hackathon and ICO pitch – take place individually each day for deserving participants to win handsome bounties. The former sees groups of four to eight participants engaging in a hacking head-to-head for a $50,000 prize, while the latter has 40 ICOs pitching their product to a panel of investors to win a seed capital of $100,000.

Earlier this year in July, the Maltese Parliament passed three bills into law for establishing the country’s, and amongst the world’s, first regulatory framework for blockchain, cryptocurrency, and DLT.

Silvio Schembri, Minister for Financial Services, Digital Economy and Innovation, approval of the laws made Malta the first country to offer a holistic regulatory framework for DLT operations, which range from cryptocurrencies and other non-finance applications of blockchain technology.