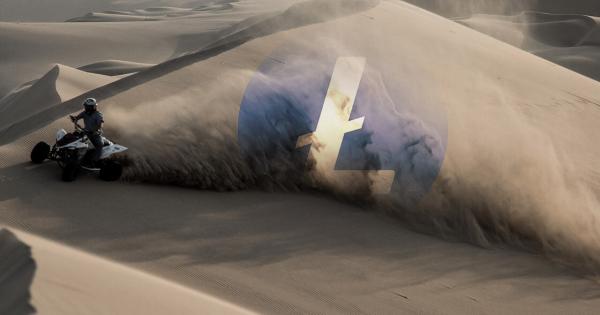 Litecoin users on Binance fell victim to a large scale dust attack earlier this week, alarming the crypto community about this new type of malicious attack. While they’re not nearly as dangerous as phishing, knowing what dust attacks are can help people protect themselves and their crypto assets from danger.

The crypto industry has never been a stranger to malicious attacks. Hacks, thefts, phishing, cryptojacking, ransomware, etc. are all types of malicious attacks crypto users have already become accustomed to. However, as the industry matures, new, more advanced types of attacks begin to pop up.

That is the case with dust or dusting attacks. These types of attacks are a relatively new kind of malicious activity that aims to deanonymize the privacy of cryptocurrency users. According to Binance Academy, attackers send tiny amounts of tokens, or dust, to dozens, or even hundreds of users. These amounts are usually so small that end users usually don’t notice them.

Scammers “dust” a large number of crypto addresses, which they later analyze them in order to determine which ones belong to the same wallet. The ultimate goal of this analysis is to link the dusted addresses to their owners and then use that information to extort them.

While dusting attacks were originally focused only on Bitcoin addresses, Litecoin users on Binance have also fallen victim to this type of attack.

How to protect yourself from dusting attacks

The attackers that dust large numbers of crypto addresses hope that the tiny amounts, usually not larger than a few satoshis, or 0.000000001 BTC, get mixed together with an unspent transaction output. If that happens, the dust can then be spent as an input in a new transaction, which can be tracked.

While dusting attacks shouldn’t be shrugged off, they aren’t that big of a danger. If a user doesn’t move the small amount of dust he receives, then the whole attack is useless. Nonetheless, users keeping their funds in hot storage should take steps to protect themselves from dusting, as the relatively innocuous attack could potentially do a lot of damage if unnoticed.

Ilir Gashi, a community manager at the Litecoin Foundation, suggested using different addresses each time a user transacts on the blockchain. This, he said, will confuse blockchain surveillance and make tracking your transactions “very difficult.”

Apart from that, users could also implement other privacy-enhancing techniques. In a Medium post, Gashi suggested methods such as shuffling coins, using Tor or any other VPN to re-route their IP addresses, and even completely avoiding reusing addresses.

For Litecoin users, he recommended using applications such as Lightning Network or CoinJoin on top of the Litecoin blockchain. They would be able to provide better privacy than transactions that are purely on-chain.

Any coins kept in hot storage are at risk from dusting, as only users that hold their funds in offline wallets can be sure that they’re completely dust-free. Users that believe they have been dusted could convert all of the coins in the affected address to another cryptocurrency by using a service such as Ellipal or Changelly.

This post was last updated on April 30th, 2020 at 12:40 amThe hackers who stole 7,000 BTC from Binance continue to layer funds in an attempt to launder and obfuscate the Bitcoin’s connection to the hack.

This post was last updated on November 1st, 2019 at 11:02 amThe recent hack of the world’s biggest cryptocurrency exchange, Binance, highlights the need for heightened security in the crypto space.

This post was last updated on November 7th, 2019 at 02:53 amReceiving Bitcoin investment related emails could cause a Windows clipboard hijacker to be installed on your computer, researchers warn.