The long await MimbleWimble upgrade is here, but questions are being asked regarding its potential to aid money laundering and how regulators may react. 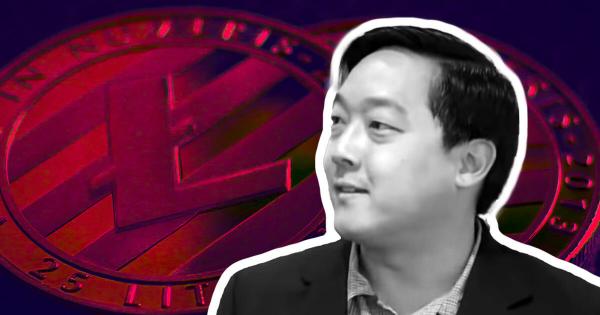 Litecoin isn’t as private as you think

The MimbleWimble protocol brings scaling by compacting history to make data more manageable and quicker to process and verify.

It also uses cryptographic processes to encrypt block inputs and outputs. This means blocks get verified in the usual manner, but an outsider cannot identify which inputs and outputs of a block belong to a particular address.

Lee says this encryption process is necessary to give Litecoin fungibility. In other words, by making every $LTC the same, then every $LTC is treated the same, just like cash.

A potential problem arises in criminals using Litecoin to hide their activities. In addressing that concern, Lee said financial privacy is a human right. And in any case, he’s confident that regulators won’t kick up a fuss as MimbleWimble is an optional feature.

“So we’re doing this as an optional opt-in to using MWEB. So exchanges, for example, would not have to work with the MWEB side of things, they can just work with the transparent Litecoin blockchain itself.”

When pushed further on the contradiction of a transparent chain with anonymity, Lee said MimbleWimble doesn’t provide “perfect anonymity.” Instead, its primary goal is to give a degree of financial privacy by hiding amounts held. This doesn’t stop exchanges knowing your information when depositing with them.

“Hiding the amount I think is important for financial privacy. It doesn’t make it easier for people, for criminals or nefarious people to launder money through Litecoin.”

Why did MimbleWimble take so long to roll out?

Talk of the Litecoin MimbleWimble upgrade has been ongoing since 2019. But, after years in the making, the Litecoin Foundation announced its release at the end of January.

One of the first changes to happen is to rename the protocol extension to MWEB, which Lee said stands for MimbleWimble Extension Block.

In explaining why MWEB took so long to complete, Lee said Litecoin is a multi-billion dollar currency that people use every day. The priority was always to ensure the network stayed up and running, which meant taking a cautious approach.

“We want to take things slow, we want to make sure the upgrade goes smoothly. We don’t want to take unnecessary risks or cause the network to go down or anything that can cause problems with people’s money.”

On the MWEB release, $LTC hit an +8% peak before a slight retracement to close Tuesday at $115. The somewhat subdued move is likely due to broader market pressures, which saw Bitcoin up just +2% over the same period.