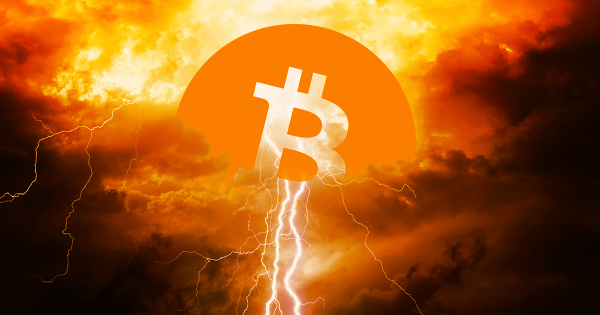 Lightning Labs has released the initial code for the Taro protocol that will allow developers to mint, send, and receive assets on the Bitcoin blockchain.

The developers described the development as the first step toward “bitcoinizing the dollar.” The new code release would allow the community to test the code and give valuable feedback that would be used for further improvements before its launch.

Meanwhile, the developers did not reveal when the final product would be launched.

Lightning Labs first announced it was building the Taro protocol in April and was able to raise $70 million for the project. The Bitcoin-focused company built a layer2 solution -Lightning network- for Bitcoin that improves the blockchain network’s scalability.

The Bitcoin community couldn’t hide their excitement about the new development as many hailed Lightning Labs for the progress.

Allows you to create assets that can be sent through the highly efficient lightning network. Concrete example: you can receive and spend USD over lightning instantly and at negligible fees while using the security and decentralized nature of bitcoin’s network.

Bitcoin Isaiah pointed out that sending stablecoins over BTC would be “instant and nearly free over Lightning.”

Instant and nearly free over Lightning. And the same could be said the other way around. What’s the added value of Ethereum vs. sending stablecoins over Bitcoin?