Brazil is the latest Latin American country to signal pro-crypto sentiment, as it pushes to establish a legal framework around digital assets. 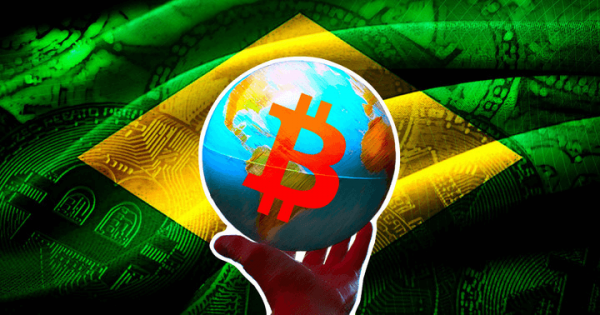 A comprehensive regulatory framework for Bitcoin (BTC) and cryptocurrency in Brazil is moving closer to reality. Lawmakers will push for draft proposals to be implemented in the first half of 2022.

If passed, Brazil will join the growing list of Latin American countries welcoming cryptocurrency at the governmental level.

What would this mean for Bitcoin in Brazil?

The primary goal of House bill 4401/21 is to establish an agency to oversee the cryptocurrency industry in Brazil. This body would be responsible for managing the activities of service providers, such as exchanges.

“The agency will be tasked with authorizing and controlling the functioning of cryptocurrency service providers, including brokers and exchanges.”

The rules extend to legislate against criminality as it pertains to digital assets. Those who take illicit advantage of others via cryptocurrency face four to eight years in prison and a fine.

And, in a significant step forward for industry players, the bill also exempts “legal entities” from some taxes regarding activities to do with “processing, mining and conservation of virtual assets.”

“the bill would exempt hardware and software from certain taxes if used by legal entities for the processing, mining and conservation of virtual assets.”

Last week, Honduras announced it would accept Bitcoin as legal tender in the Honduras Prospera special economic zone. This hub represents a new model for economic development which intends to attract capital and innovation to the region.

Underpinning this grand futuristic vision is the use of Bitcoin by all who set up base there. And it appears that this new wave of thinking is spreading across the Latin Americas.

This is primarily down to two factors, which are prominent issues in the region — financial inclusion and bringing economic stability amid out-of-control inflation.

In the case of El Salvador, data shows that 70% of the population does not have a bank account. But demand for financial inclusion is there, as evidenced by the Lightning Network-based Chivo wallet uptake. One month after launching, twice as many Salvadorians held one versus a bank account.

Bitcoin is gaining ground as a movement to democratize finance. And when faced with difficult living conditions, as often seen in Latin America, it’s no wonder locals seek alternatives to the status quo.