Solana’s recent outage took it offline for over 24 hours and left some of its counting their losses. 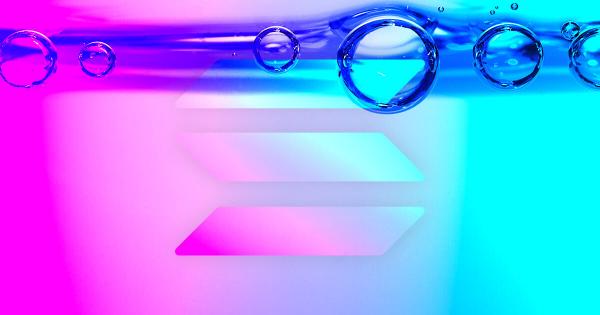 With the crypto market witnessing one of the most bearish weeks in recent memory, Solana, the much-heralded rival of Ethereum, saw a network outage that lasted for more than 24 hours which led to massive losses for users of the blockchain.

On January 21, the Solana network team revealed that the network was suffering an outage. Then, the cause of the “performance degradation” was unknown, but 24 hours after investigation, it was revealed that the issue was caused by bots performing “excessive duplicate transactions.”

Notably, this outage coincided with when the global crypto market was experiencing a heavy fall on Friday. Aside from this, it would be the second time that the Solana network would go offline in this year alone.

Available information has shown that DeFi users of the blockchain were left to rue their losses due to the network outage.

Users of Solend, a decentralized protocol for borrowing and lending on the Solana blockchain, saw their trades liquidated as they were unable to repay loans or add liquidity to their portfolios.

We're painfully aware of the issues in which users were unable to save themselves from being liquidated due to network congestion, and are looking into reconciliation.

The DeFi protocol acknowledged the problem some of its users might have faced while trying to save themselves from liquidation, saying it was “looking into reconciliation.”

Some reactions on Twitter have shown that several users appreciate the gesture and are counting on the Solend team to help them recoup some of their losses.

What this latest outage means for Solana

While many institutions and analysts have glowingly described the Solana network as a viable alternative to Ethereum due to its ability to scale and its cheaper fees, persistent network outage issues have led many skeptics to question whether it could flip the second-largest crypto asset by market cap.

Sqlana is down again. uptime is a hard problem in web2

CAN DEVOPS do something? pic.twitter.com/1saTnoLFga

Mark Jeffery, an author with HarperCollins, said that he has zero faith in Solana and believes it is the new EOS. According to him, the soul for DeFi is now between “ETH, BSC, Fantom, Avalanche, and Terra.”

In its bid to combat the latest outage, the Solana team has introduced a new version dubbed v1.8.14, which it believes would help to mitigate the glitch’s worst effects.

While describing the new version, the team said, “These forthcoming releases are aimed at improving the state of the network, with more improvements expected to roll out in the next 8-12 weeks. Many of these features are currently live on Testnet, where they are being rigorously tested.”