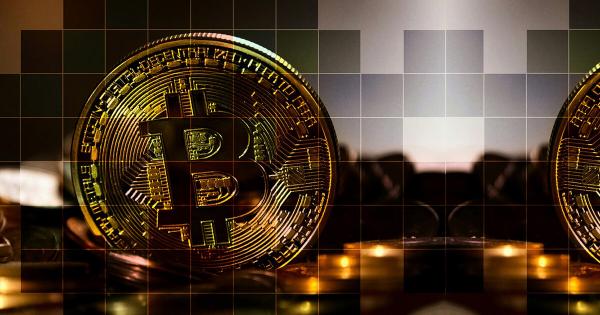 Image by mohamed Hassan from Pixabay

Bitcoin may still be trading more than 50 percent below its $20,000 all-time high but that hasn’t stopped investors and executives in the space from looking ahead, guessing what comes next for the asset.

According to the chief executive of leading Bitcoin exchange Kraken, there is a bright future ahead for the leading cryptocurrency. He said, in fact, that BTC could eclipse gold in the coming years, especially as the 21 million supply cap truly starts playing a role in the dynamic of this nascent market.

Bitcoin could eclipse gold, which has a $10 trillion market capitalization

On Jun. 16, Kraken co-founder and early Bitcoin adopter Jesse Powell sat down with Bloomberg to discuss his latest thoughts on the cryptocurrency market.

Bitcoin is already a store of value investment, Powell argued, citing how the asset’s chart has consistently been “up and to the right” from a macro perspective. “People are flocking to it as a safe haven because of its finite, predictable supply. No one can print it,” he added.

This characteristic will allow Bitcoin to eventually “surpass gold as a store of value.”

As it stands, gold’s market capitalization is estimated to be around $9-10 trillion.

in #CASE you missed it @jespow CEO @krakenfx dropping 🔥on @business #BTC @danheld thanks for the heads up! pic.twitter.com/WwANnWR8KZ

His expectations that Bitcoin will eventually eclipse the precious metal have been echoed by other prominent names in the industry.

Per previous reports from CryptoSlate, Raoul Pal — a former Goldman Sachs executive and hedge fund manager — wrote in a recent newsletter and said to Max Keiser that BTC reaching $500,000 is feasible because cryptocurrencies are poised to become a “whole ecosystem” on a macro scale:

Morgan Creek Digital’s Mark Yusko has weighed in too.

The fund manager has said on multiple occasions that Bitcoin reaching a price of $400,000-500,000 is entirely feasible:

The math backs up this sentiment

The math is there to back up this sentiment as well.

Pseudonymous quantitative analyst and investor “PlanB” in March 2019 shared that per his research, Bitcoin’s market capitalization can be somewhat predicted by its level of scarcity.

PlanB created an econometric model stating that after every halving, the fair value of Bitcoin should go up almost logarithmically.

The recent halving is expected to boost BTC to ~$100,000  while the one after that, expected to take place in 2024, will push the cryptocurrency towards seven digits, the model states.

Many have doubted the model, calling it “hopium,” though there are other analyses suggesting that the analysis is sound due to the inherently exponential nature of technologies like Bitcoin.

Bitcoin is the “fastest horse in the race”

In a world where fiat money is being printed at a more rapid pace than ever before, with monetary measures reaching new all-time highs, Bitcoin is the “fastest horse in the race.”

That’s according to billionaire hedge fund investor Paul Tudor Jones, anyway. The prominent Wall Street veteran, who was dubbed by Galaxy Digital’s Mike Novogratz as one of four “titans” in the macro investing world, came out in May saying that Bitcoin is likely to appreciate much faster than even gold and equities in a world where fiat money is losing value.

This, of course, was not an explicit statement that Jones expects Bitcoin to surpass gold. But it does show that he expects BTC to at least gain on gold’s market cap in the coming years:

“I am not an advocate of Bitcoin ownership in isolation, but do recognize its potential in a period when we have the most unorthodox economic policies in modern history. […] Bitcoin reminds me of gold when I first got in the business in 1976.”

Few in the Bitcoin industry have not heard of PlanB.

If you’ve been an observer or participant in Twitter’s Bitcoin sphere, you most likely know of “PlanB,” who also goes by the moniker “100TrillionUSD.” PlanB is an institutional investor in Europe that moonlights as a Bitcoin analyst, focusing on quantitative and technical analysis.