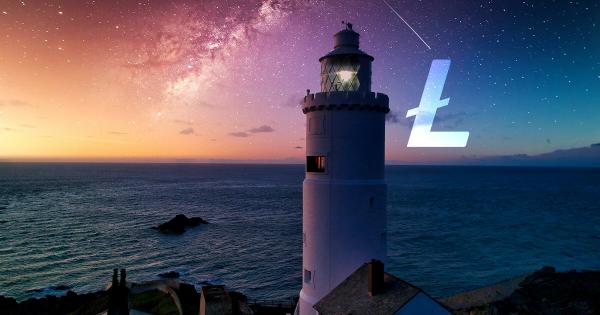 It has been a rough year for Litecoin, with the cryptocurrency incurring some intense selling pressure throughout the past month that has led it to set fresh year-to-date lows over the course of the past few days.

This weakness isn’t just limited to the past few months, however, as LTC is currently trading at price levels not seen since early January of 2019 – when it was trading within the $30 region following a brief dip to lows of $20.

It is important to note that this bearishness may not alleviate anytime soon, as multiple sets of key on-chain data seem to spell trouble for the crypto’s near-term price action.

At the time of writing, Litecoin is trading down nearly 6 percent at its current price of $40.70, which marks a notable decline from daily highs of nearly $45.

These highs were set concurrently with Bitcoin’s rapid surge to highs of $7,200, with its firm rejection here sending shockwaves throughout the crypto market that led Litecoin and many other altcoins to reel lower.

This latest decline also marks an extension of the downtrend that was first incurred earlier this week when LTC plummeted from highs of nearly $58, with the drop here doing some damage to its market structure from a technical perspective.

On-chain data does seem to suggest that this weakness may extend further in the days and weeks ahead.

According to the blockchain analytics platform IntoTheBlock, 60 percent of the cryptocurrency’s investors are currently underwater, which is a sign that its decline seen throughout 2019 and 2020 has left a trail of “bag holders” in its wake.

As the number of investors whose Litecoin holdings are at a loss grows, the number of active wallet addresses declines – a sign that investors are growing less interested in the cryptocurrency.

LTC is seeing a notable decline in large transaction volume

Another set of bear-favoring data elucidated by diving into Litecoin’s on-chain composition is that large transactions have been rather small throughout most of 2020, indicating that large traders, organizations, and institutions may lack interest in the crypto.

A similar trend can be seen while looking at Bitcoin’s large transaction volume throughout the past few weeks and months, which may mean that large traders, in general, have moved to the sidelines in recent times.

Without there being a notable rise in large transaction volume – which can be a sign of accumulation – it is possible that Litecoin will struggle to garner any sustainable upwards momentum.

This post was last updated on April 9th, 2020 at 06:42 pmThe Grin developer tasked with implementing privacy features in Litecoin announced the introduction of a new type of transaction that will “open up more opportunities going forward.” MimbleWimble development update In a blog post, David Burkett, the project lead for the Litecoin MimbleWimble (MW) […]