Analysts have pointed out that Bitcoin’s price rises and falls in line with settlement dates for CME Bitcoin futures contracts. 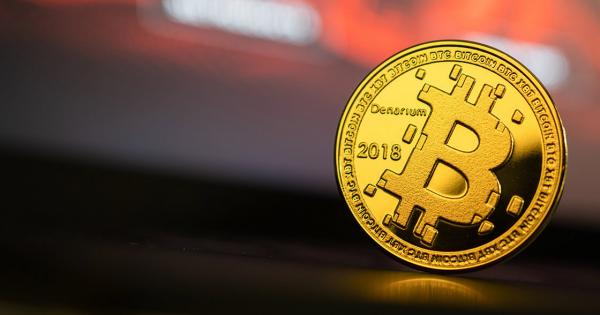 Analysts have pointed out that Bitcoin’s price rises and falls in line with settlement dates for CME Bitcoin futures contracts. The phenomenon may point to market manipulation.

CME Group’s Bitcoin futures contracts were hailed as the bridge between institutional and retail investors.

Growing volumes support this narrative. The CME saw a 132 percent increase in average contracts traded per day relative to last year, a sign of interest from Wall Street. Recently, CME set a new trading volume record in May, with $1.3 billion in notional value traded in a single day.

But, there are analysts who believe that futures contracts are used to manipulate the crypto markets.

According to Luke Martin, host of the Coinist Podcast, there is a correlation between CME Bitcoin futures contract settlement dates and the Bitcoin price.

In July, Martin found that Bitcoin plunged 12.8 percent two weeks before CME contract expiration and down 6.9 percent one week before expiration. After the contracts settled on July 26, BTC rose 5.2 percent the week after and two weeks afterward the gains remained salient around 22 percent.

The research shows that since January 2018, Bitcoin tends to fall on average 2.27 percent as monthly settlement approaches. When adjusting for “large outliers” the drop rate is 1.99 percent.

“Statistically, it is highly unlikely that the price falls in advance of CME settlement should be caused by mere coincidence,” wrote Bendik Norheim Schei, analyst at Arcane Research.

Schei maintains that these figures support the hypothesis that Bitcoin is manipulated in advance of CME futures expiration date. It does not, however, take into consideration other factors that could explain the pattern.

Notably, a few hours before CME Bitcoin futures are set to expire on Sept. 27 BTC moved below $8,000.

It seems the CME settlement date aligned with a pivotal point in Bitcoin’s trend. BTC recently broke below the lower support of a descending triangle formation that had been developing since BTC peaked at nearly $14,000 on June 26.

This bearish pattern forecasts a 31.5 percent price drop that could take Bitcoin to $6,500. This target is determined by measuring the height from the upper to the lower trendline of the descending triangle.

Based on the Fibonacci retracement indicator (measured from the low of $3,130 on Dec. 15, 2018, to the high of $13,870 on June 26), Bitcoin moved below the 50 percent retracement level. Now, it could be dropping to test the next level of support around the 61.8 or 65 percent Fibonacci retracement area. This is considered the “golden” retracement zone due to the higher probability of a rebound, which is also where the target of the descending triangle sits at.

Nonetheless, if Bitcoin manages to regain the $8,500 level as support (50 percent Fib) it could signal a potential move back to around $9,500.

Analysts suggest there’s a correlation between the contract settlement dates and BTC’s price. Over a year ago, the head at Fundstrat Global Advisors, Thomas Lee, highlighted that major price swings tend to happen before contracts expire. A technical analyst, Josh Olszewicz, explained that they were one of the main catalysts for the bear market that began in December 2017.

Not only that, different price gaps left on CME’s charts while their trading hours are closed also show correlation with Bitcoin prices. Although there are a myriad of factors that affect the Bitcoin price, the data suggests that futures contracts settlement may act as another indicator.

Trader: Bears won the short term fight for Bitcoin, what happens next?