In the last three hours, the BTC price dropped 15 percent breaking out to the downside of a technical pattern that predicts a further decline to $6,500. 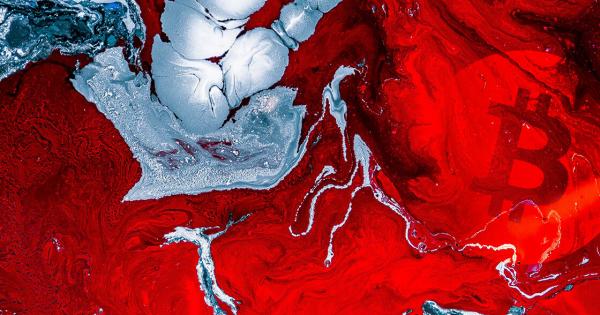 In the last three hours, the BTC price dropped 15 percent breaking out to the downside of a technical pattern that predicts a further decline to $6,500. The drop coincides with a Bitcoin hashrate drop of over 30 percent and a ruling on the Bitfinex Tether investigation.

Since June 26, after peaking at nearly $14,000, Bitcoin began consolidating. After making a series of lower highs and nearly identical lows, a descending triangle formed on BTC’s 1-day chart. This is considered a bearish pattern that shows decreasing demand for BTC.

At the moment, Bitcoin is breaking below the lower support of the bearish formation signaling a potential 32 percent drop to $6,500. This target is given by the descending triangle and is determined by measuring the height from the upper to the lower trendline.

The Fibonacci retracement indicator measured from the low of $3,130 on Dec. 15, 2018, to the high of $13,870 on June 26, shows different price points that could act as a support for Bitcoin’s downward trend.

Despite the bearishness, Bitcoin is on a red nine, which is a buy signal based on the TD sequential indicator. This bullish signal forecasts a one to four candlestick correction to the upside before the continuation of the downtrend. Therefore, if the 50 percent Fibonacci retracement zone is able to hold Bitcoin may bounce to the breakout point of the descending triangle or even the 38.2 percent Fibonacci retracement zone before it continues falling.

Bitcoin is finally breaking out of a consolidation phase that began nearly three months ago. Due to its longevity, the volatility around this cryptocurrency is extremely high, and it is taking the entire cryptocurrency market with it. As a matter of fact, the top four altcoins took even bigger hits than Bitcoin, with Ethereum, XRP, Bitcoin Cash, and Litecoin down more than 14 percent or more.

Fundamentally, Bitcoin suffered from a sudden 33 percent drop in its hash rate over the last 48-hours, going from over 98 million terahashes per second to under 58 million.

In response to the price drop, Tether has started adding additional USDT into circulation, printing 25 million more tokens in the last hour. Bitfinex and Tether also won a minor appeal in the New York Supreme Court today, meaning it won’t have to turn over documents pertaining to the Bitfinex and Tether investigation until a decision on whether to dismiss the case is reached, reported Forbes.

Based on current market sentiment it seems like BTC is in for a bumpy ride.