An IOTA (MIOTA) developer successfully implemented the IOTA as a payment system that can be used in any game or app. 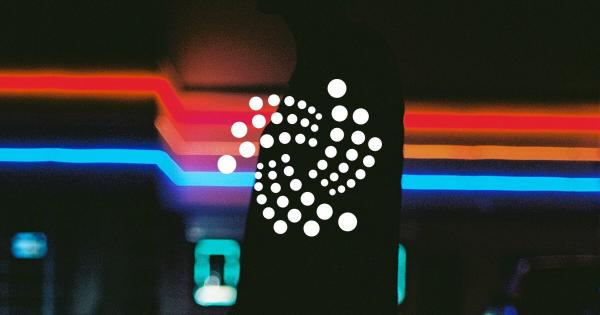 An IOTA (MIOTA) developer successfully implemented the IOTA as a payment system that can be used in any game or app. The system works seamlessly across all platforms, including iOS, Android, Windows, WebAbb, Xbox, and Playstation 4.

A new way to utilize IOTA as a payment system

A promising and ambitious blockchain project, IOTA has been struggling with a slow development process and a lack of adoption. It’s hard to say why the project, a brainchild of a German blockchain foundation, has had such slow growth, but competition from more recognizable names such as Ethereum or Cardano certainly doesn’t help.

But, it doesn’t mean that the company has an inferior product. Its protocol is built to facilitate the emerging machine-to-machine (m2m) economy of the Internet-of-Things (IoT) by creating a fee-less, highly scalable, asset transfer network.

Earlier this year, the company was involved in one of the biggest smart city initiatives in Texas, pushing its product as a solution to interoperability problems in the transportation industry.

However, it seems that the company’s large-scale projects won’t be what brings the masses to IOTA, as a community developer managed to find a way to utilize the ambitious project as a payment system for any game or application.

With gaming being one of the fastest-growing and highest-grossing industries in tech, IOTA’s foray into the industry could bring it closer to a whole new group of people.

The implementation was created by IOTA developer Marlon Morales (@ESavsa) and first shared on his Twitter profile. In the tweet, Morales included a short video showing an IOTA wallet and a transaction made from the wallet.

I did it. IOTA implemented as paymentsystem for ANY game or app. It could work on all Unity supported platforms: Android, IOS, MacBook, Windows, WebApp, Playstation 4, Xbox and more.
Functions supported at the moment: Send, Balance, get save unused address pic.twitter.com/sKoHiNsUoD

Morales said that the IOTA payment system he developed works an all platforms that support Unity, a cross-platform game engine used to develop video games. This means that, in theory, IOTA can be used as a payment system on 15 different platforms, including PC, Mac, Linux, PS4, PS3, Xbox One, Xbox 360, Wii U, Android, iOS, Windows Phone, and Tizen, among others.

The payment system lacks any complex features, and only enables users to send and receive IOTA, check their wallet balances, and save unused IOTA addresses.

Dominik Scheiner, the co-founder of IOTA, praised Morales, saying the wallet and the payment system was commendable work. 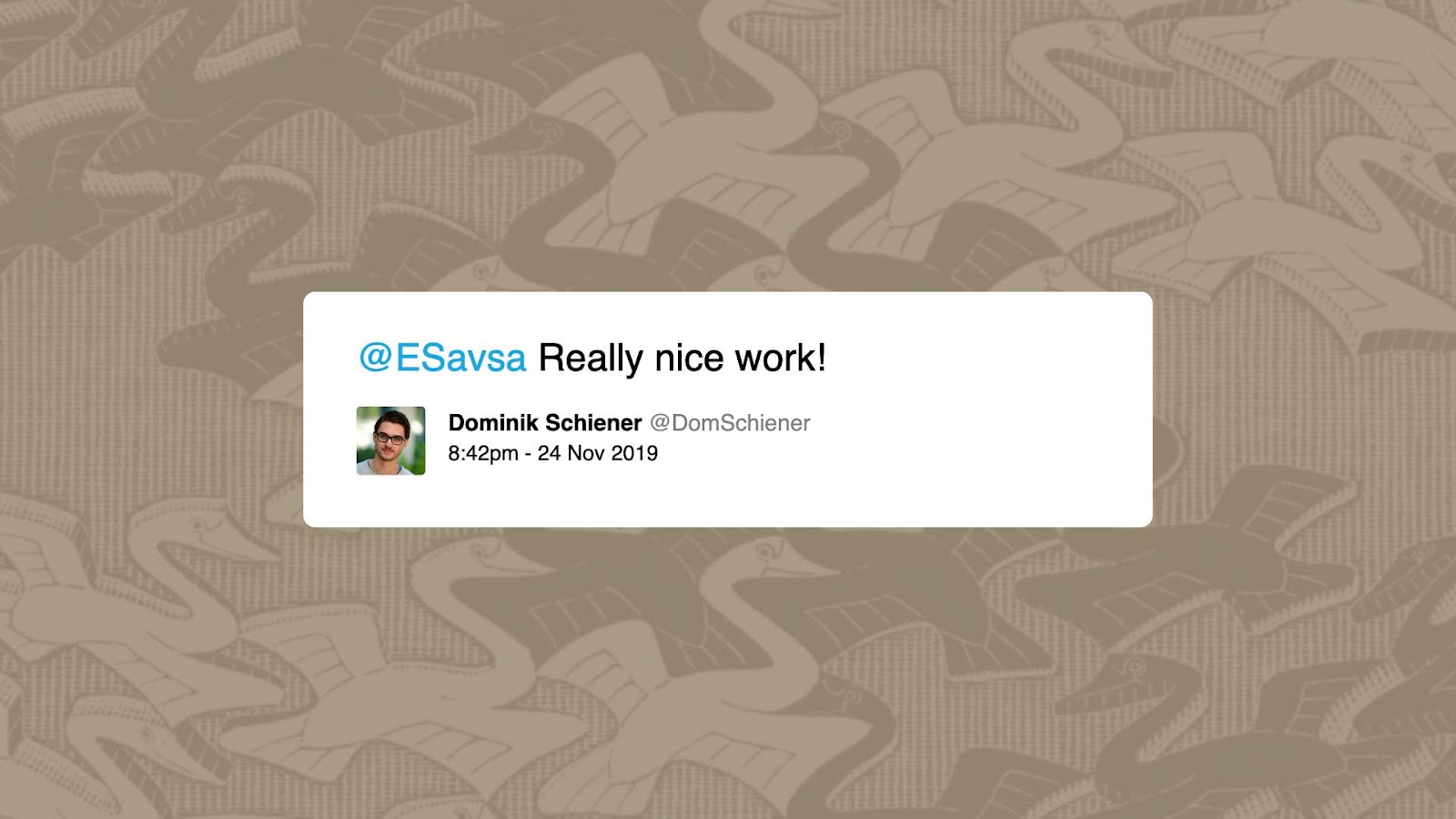 However, Morales himself sees the system as more of a community project. In a follow-up tweet, he explained that the goal of the program he designed was to give free access to anyone looking to implement the payment system on their games. 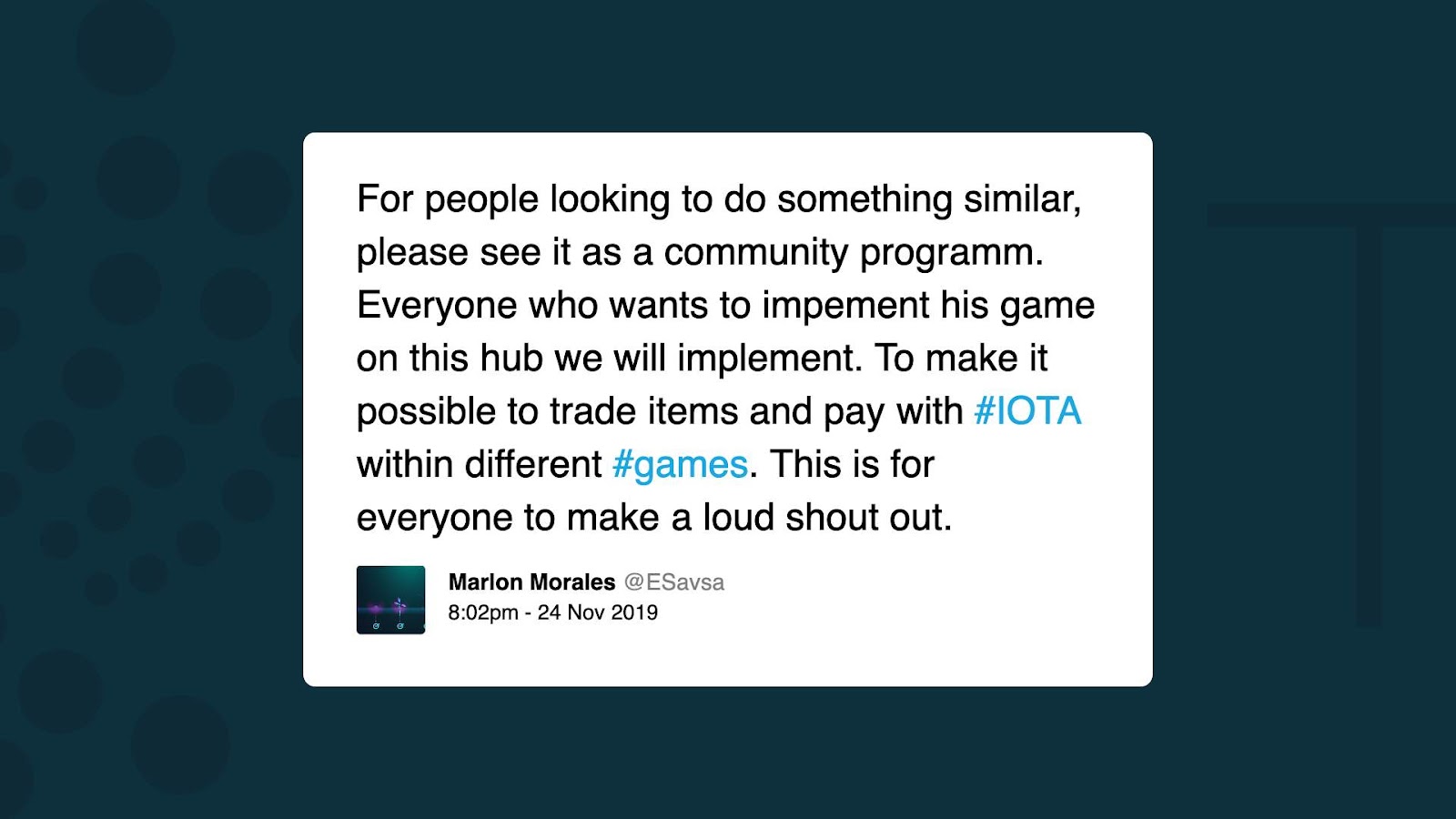 Dominik is an Italian entrepreneur and co-founder of IOTA, where he’s focused on building the Machine Economy through Open Source Software. Learn More