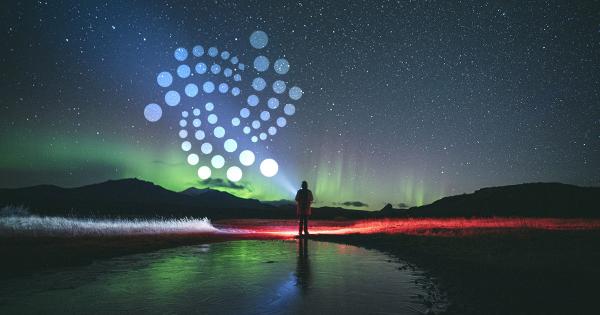 Binance.US announced that it will be listing IOTA on its retail platform for U.S. cryptocurrency investors.

IOTA is a permissionless distributed ledger technology built by the IOTA Foundation. It consists of a stream of individual transactions entangled together. The protocol aims to facilitate the emerging machine-to-machine (m2m) economy of the Internet-of-Things (IoT) by creating a fee-less, highly scalable, asset transfer network.

This will be the first time IOTA is listed in a fully regulated cryptocurrency exchange in the U.S., according to Dan Simerman, head of financial relations at the IOTA Foundation.

“[We’re] really happy to announce that we have a home in the US! One exciting point: [Binance.US] has a US onramp and they are fully regulated. [This] will signal a lot of our other US counterparts that they can feel comfortable adding IOTA,” added Simerman.

Alongside with IOTA, Binance.US will also list BUSD, a fully-regulated and USD denominated stablecoin. BUSD made headlines last month when it received approval by the New York State Department of Financial Services (NYDFS) becoming one of the few cryptocurrencies that can be sold to New York residents.

At the moment, users can start depositing IOTA and BUSD into their accounts. However, these cryptocurrencies will be open for trading on the Binance.US platform as of Oct. 22 at 9:00 PM EST. Both IOTA and BUSD will be listed against the US dollar (USD), but the latter will also be traded against Bitcoin (BTC).

Despite the positivism that the listing of IOTA brought to the crypto community, the market value of this cryptocurrency is lurking.

When looking at its 1-day chart, the Bollinger bands appear to be squeezing. Squeezes are indicative of periods of low volatility and are typically succeeded by periods of high volatility. The longer the squeeze the higher the probability of a strong breakout that defines the direction of the trend.

As a result, the area within the lower and upper band could be considered a no-trade zone. And, the direction of IOTA’s trend will depend on its ability to trade outside of the trading range between $0.26 and $0.29.

IOTA’s addition to Binance.US marks the first step towards providing market access for millions of retail investors in the nation. Even though this exchange has a 24hr normalized trading volume of nearly $3 million, it could certainly pave the way for other platforms to list this cryptocurrency. Coinbase, for instance, has been aggressively listing new digital assets as a move to strengthen its market position and now IOTA could be the next one.

Buy IOTA on Binance.US and get $15 when you complete $100 in trading volume

CryptoSlate will earn a small referral fee when you join.